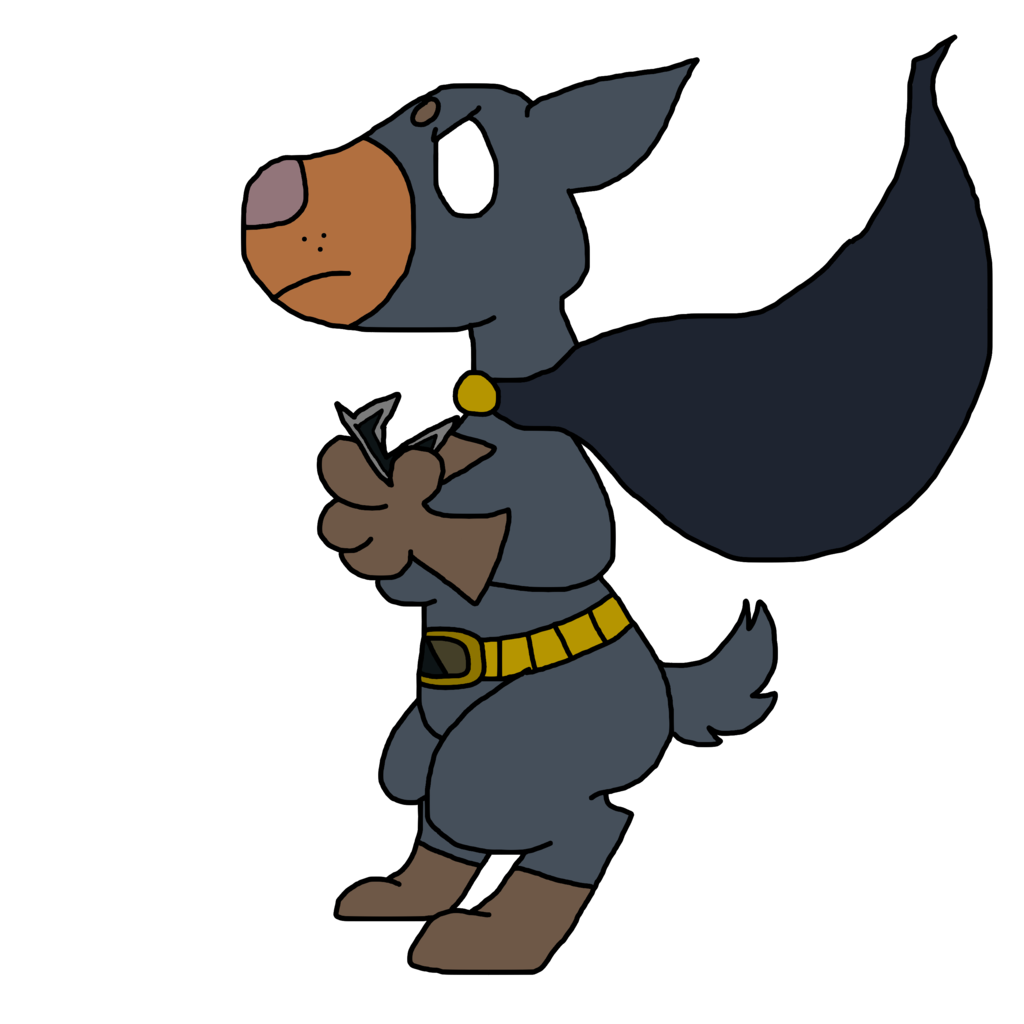 So, sometime in October, I was trying to figure out what characters Di and Ben should go as for Halloween.

I said, "Wouldn't it be funny if they were Krypto and Streaky? And, like, because Di's naked, every single male enemy they go up against doesn't even try to fight them, because they're to busy staring at her bare chest? XD" Yes. It is funny. =3
I never drew the pictures of them like that, but I did unintentionally gain and develop the idea of those two as superheroes.
Albeit, from a totally different source.

I had to give the two of them punny names.
So, we have... regretful, but accepting sigh DoberWoman rimshot and TomCat double rimshot
By looking at them, I think you can kinda figure out who they're reminiscent of. XD

reads upper description
...oh, uh, I mean, THESE TWO ARE DEFINITELY NOT DI AND BEN.
THAT IS RIDICULOUS
THESE TWO ARE TWO TOTALLY DIFFERENT ANIMALS
JUST BECAUSE THE BOTH OF THEM JUST HAPPEN TO CONSIST OF A DOBERMAN AND A TABBY CAT DOESN'T MEAN ANYTHING
MANY DOBERMANS AND TABBY CATS CO-HABITUATE!
I DOUBT DI AND BEN ARE EVEN SMART ENOUGH TO BE DOBERWOMAN AND TOMCAT!
chuckles nervously

DoberWoman is one-half of DW and TC. She is more of a weapons per-- err, dog, than a melee fighter like TomCat is. She tends to be very headstrong and dominant and it often gets her into trouble at times, but when the situation is right, she knows how to be capable "leader" (of sorts). She's the one who suggested the both of them should be heroes, despite the fact she's the more pessimistic one and it seems a WHOLE lot more out of her personality to do something like this.

She's extremely loyal and (mostly) compassionate and will do her best to make sure that no one gets hurt or killed, even if she sacrifices herself in the progress. She truly cares for her partner TomCat, looks up to him for his optimism, and tends to have to repay it by reassuring him that she sees him as an EQUAL and not a sidekick (that plotline hurts me a bit... ;-; ).

Her weapons of choice are her regretful, but embarrassed sigh Doberangs (miniature boomerangs shaped like... Dobermans. Because... she's a Dobie... hehe... don't look at me). Her other weapon is HER TEETH.

Also, she's able to see because of the lenses. XD

Since this is a teaser/spoiler alerting you to their presence, I won't add anything else until I finish their Wikia pages and ref sheets.