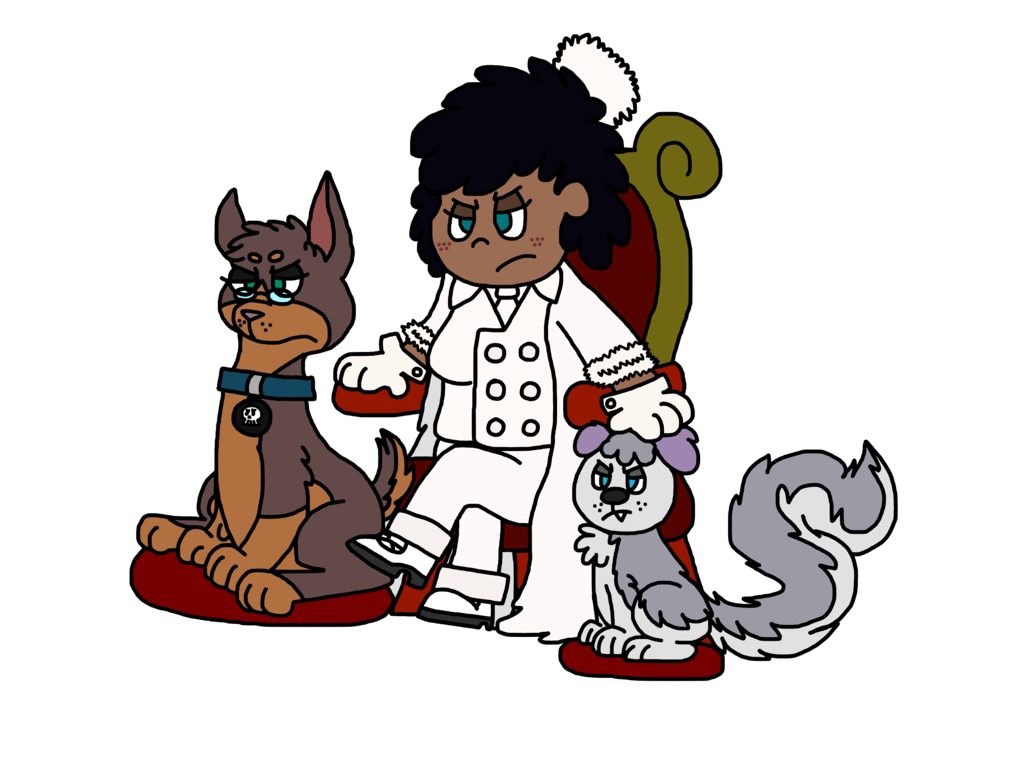 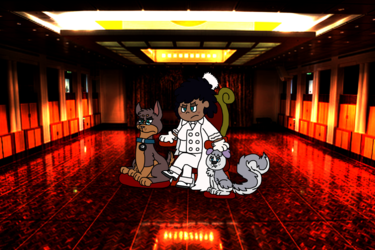 I had fun on this one!
I rushed a bit on it and shows in some areas, but overall, I'm really pleased with it!

I refer to myself as a Queen rather than a Princess, because I find the latter term really juvenile and makes me feel like I can't handle responsibility and that I want to sit around and wait for my "Prince Charming" to sweep me off my feet, while I smile and be pretty!
barfs

The story (if there is one at all XD) is that this version of me (who I nicknamed "Riglycard" (due to her attire (and because of my friend))) is, like, extremely rich due to this product she made (I still haven't developed what it is yet, bear with me) and like, she often has to deal with people either trying to kill her for the riches or make deals with her (to splits shares, become partners, etc). Riglycard (same as myself) is actually a big, shy coward, but we put out a really, really, REALLY tough exterior. Now, let me express that JUST BECAUSE OF THAT doesn't mean I'll let you run me over. I won't. I know how to put my foot down when I need to. I'm also truly hostile when I'm being mistreated. So, don't think by me telling you that it's an excuse to bother me. It's not.

Anyway, past that.
If you can't tell, I have a bit of a soft spot for dogs.
I mean, it's really hard to read, huh?
Di' and Di Bear are aside me for personal comfort reasons.
...
Don't question me or I'll smack you with my ring hand.

There's a guy currently trying to bargain with me and as I said above, Riglycard puts on a tough facade, so no one will run her over (because that's the LAST thing she needs to occur in her life) and has actually managed to intimidate a few people (If you actually get her to trust you, she'll show you her softer side (but, DON'T YOU DARE USE IT AGAINST HER)). Also, having a cuddly, purple and orange Doberman next to you helps as well. I make him think that I'm going to sic her on him for a bit (which I wouldn't do, as she could get hurt), while instead, I'll sic my OTHER Dobermans after him.
...because Di is the Captain of the Guard. She don't do nothin'.
...I know real Captains of the Guard do things, I meant just DI doesn't do anything.

The chair I'm currently planted my royal behind on is in a room for dealing reasons.
It's got an intimidating reddish color, so any dealmakers feel very uncomfortable in there.
Not only for my sadistic glee, but because I want them to feel the same way I feel when being in a conversation with anyone I don't know. I ONLY TALK TO DOGS AND STUFFED ANIMALS, SIR
Wait no, I talk to ANIMALS, not just DOGS.
ANIMALS and STUFFED ANIMALS

Di' is randomly feral for no reason???
Or he's just sitting like a dog. I dunno anymore. The real Di' is feral, why am I complaining?

Di Bear is feral, because a 5-foot-tall anthropomorphic talking Doberman would be too weird for this series about an 18-year-old who strikes it rich and goes on wild misadventures with her living, talking, anthropomorphic stuffed animal that she may or may not be in a relationship with, it's really confusing at times, and they're often having to outrun the Mafia, Government, etc. on the daily basis BECAUSE of said richness! I mean, that is just unbelievable and unrealistic!
...
At least she has that cool skull tag I gave her! :D