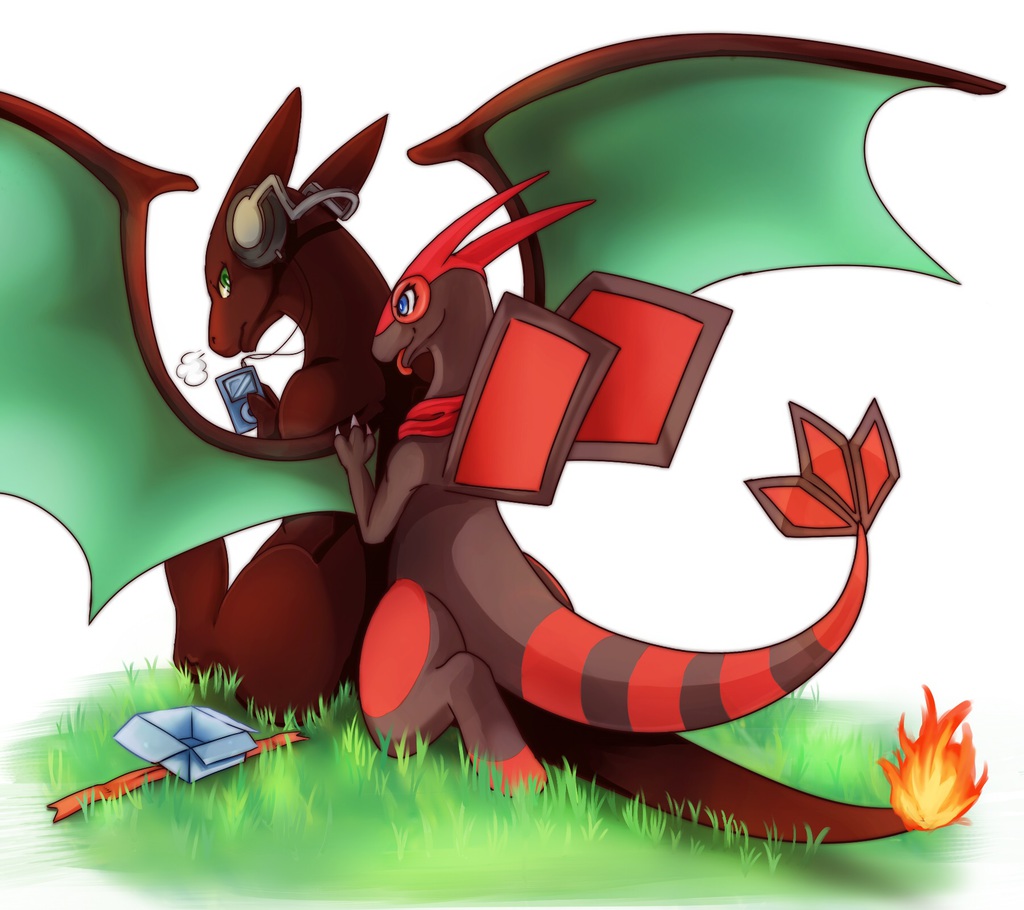 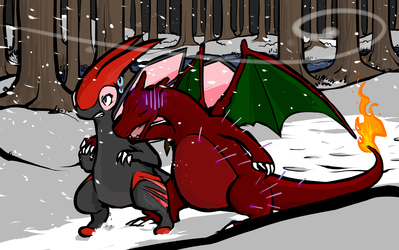 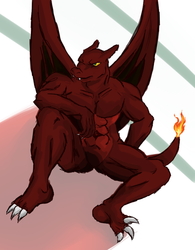 An Enlightening Gift (by FA:Kinniro)

Even though Charkol is a wild pokémon, he has quite a bit of docile experience with trainers and other humans when compared to many that were brought up in similar environments to him. Most of these experiences were out of curiosity and the desire for food as opposed to genuine desire for said interaction to get to know the humans. His good friend Kaida, on the other hand, frequents the towns, cities and outposts of those that Charkol barely knows in comparison!

By off-chance mention or other means, Kaida learned that the charizard had a bit of an affinity for some music that trainers played around their own pokémon. Of course, after a bunch of teasing after catching him with a radio one evening and completely lacking the knowledge about how to utilize it -- that of which resulted in its destruction -- she went out of her way to at least get him a replacement!

Now, the charizard temporarily has a device to listen to some of those tunes, all while being poked fun at by Kaida whenever she feels like it!