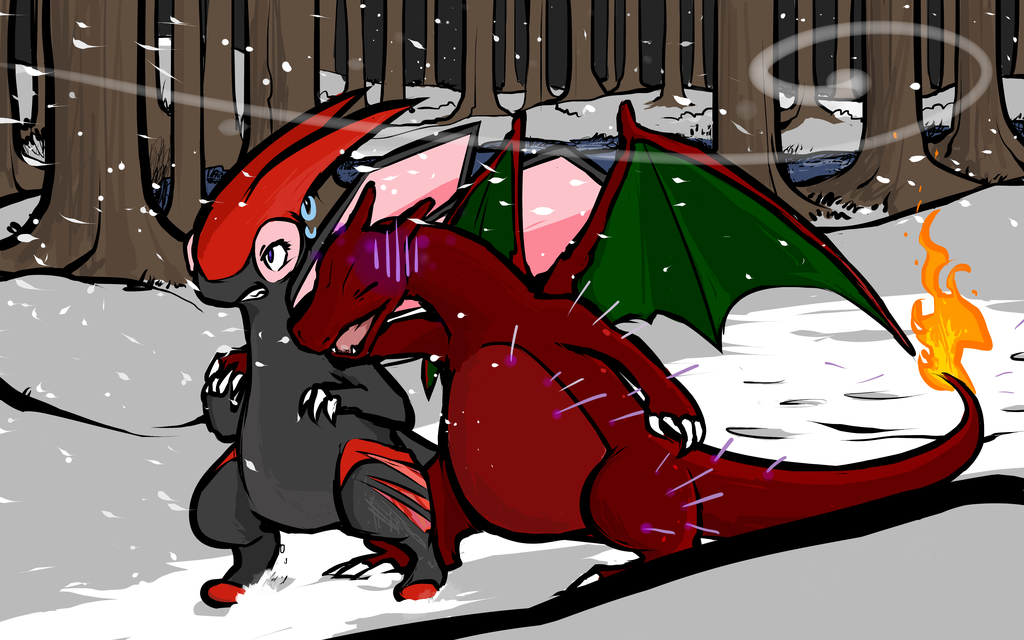 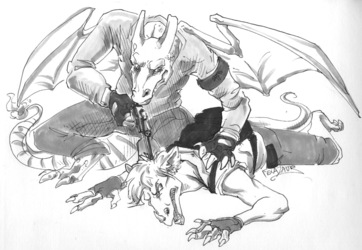 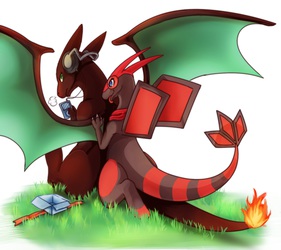 Pricked and Poisoned (by dA:Ishmam)

One night Charkol found himself missing a few very valuable items that were of grave importance to him, some sentimental, others not. Upon the discovery of his vanished belongings, the fire-type fell back upon his specie's natural disposition for being hot-headed and aggressive. When turning to leave his cavern his close friend Kaida was there to greet him in confusion as to what had him so riled up.

Due to her previous background for thievery, Charkol almost didn't sweep the possibility of his missing items to have fallen upon her as he received her questions in agitated silence. Thankfully, the wherewithal to take the moment to listen to her allowed him to not lash out, but instead offer her the option to follow along or buzz off as he tried to track down his valuables. Of course, with the two being good enough of friends, Kaida was at the charizard's heels as he stomped away, trying to get more answers out of him.

The night brought about a swift pursuit in the chill wintry air, a fair bit of blood shed, and ended with Charkol suffering the barrage of a multitude of poison needles into his left side. Needless to say, this ended up crippling him in the end, which left it up to an injured Kaida to help Charkol home in his wounded state while cringing from the sting of her own wounds.