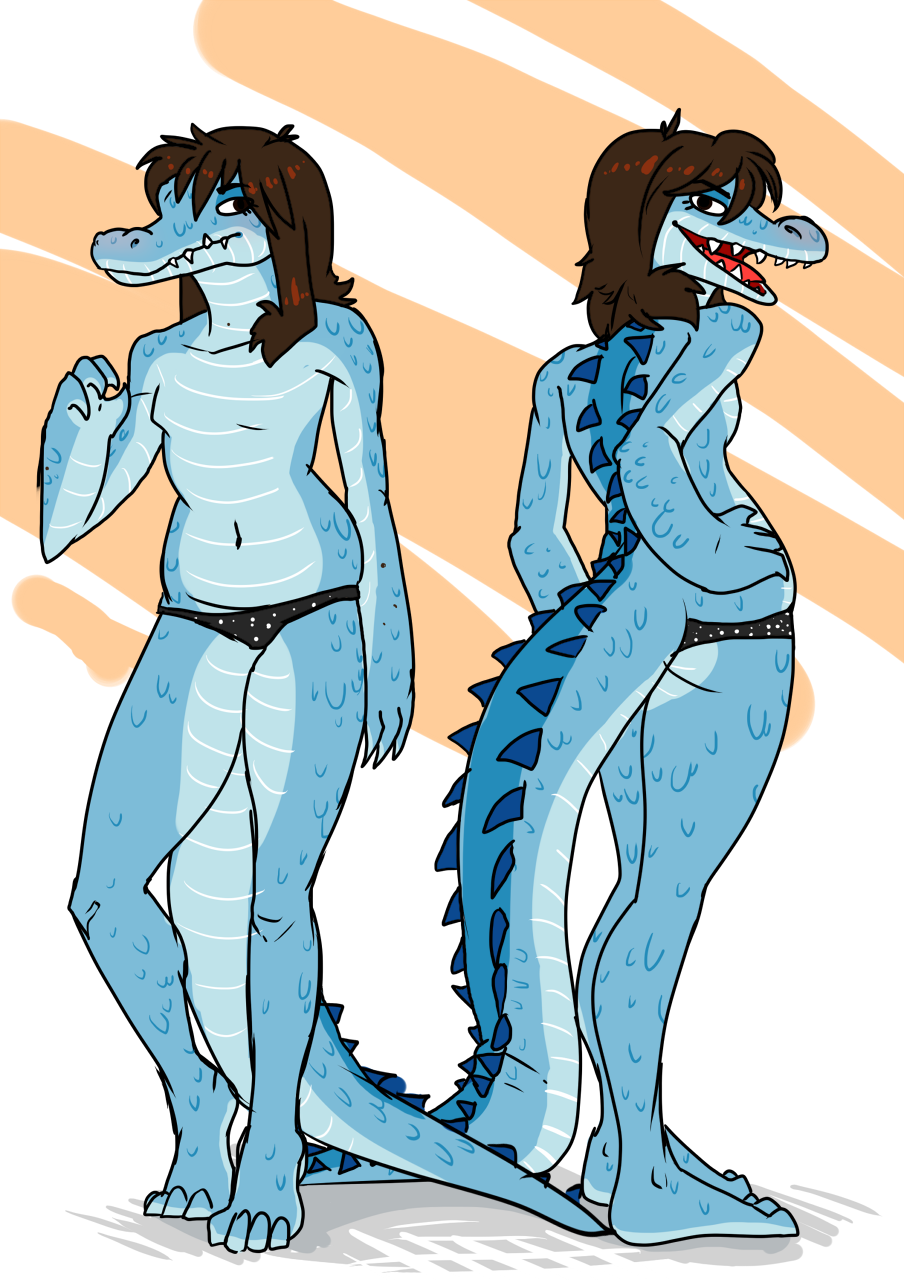 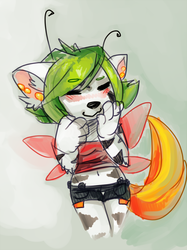 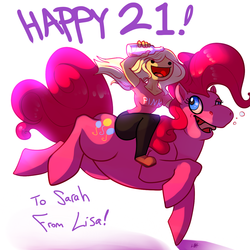 so like i kind of wanted a fursona* and decided after many moons that i would be a blue crocodile. because i really like crocodiles, scalies in general, and love blue :D gave her my hair and a cartoony version of my body type, aka tiny boobs and squishy stomach and SHAPELY LEGS HAHA
i named her Scampi and she may slowly take over this page. but don't worry, Beep is still pretty much my mascot for this page/my fursuit character :D she will always be there. unfortunately. I tried making fursonas in the past but they never really felt right, so this was definitely something I thought really long and hard about. I've always loved scalies and reptiles and she just feels a lot lot lot more in tune to what i'd totally be if i became a creepy animalperson.

Scampi is 5'2 and 140lbs (gotta assume that tail adds a lot of weight) and loves to sleep, eat pasta, cook, and draw :D and likes yellowtail moscato, mangos, and hates the winter BECAUSE FUCK THE COLD
she loves netflix and they might be giants and Relic and dicks and shopping for clothing!
One day I'll get an actual character sheet for her but this'll have to do :D I had planned her out a while ago but didn't get to complete this pic until about a week ago.

*Beep is not and never has been my "fursona", just my main character. that i use as an excuse to draw with video game stuff.