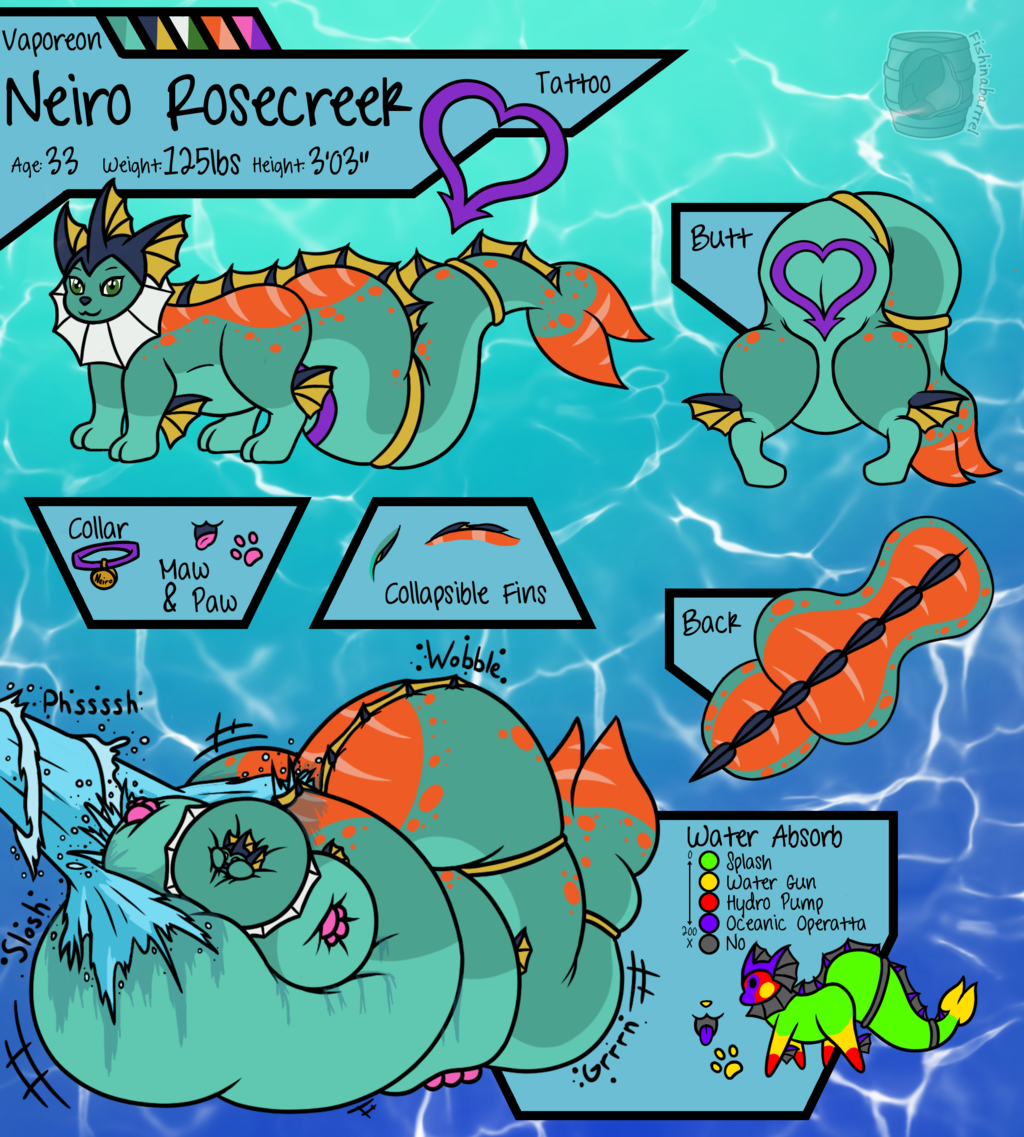 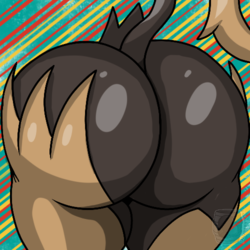 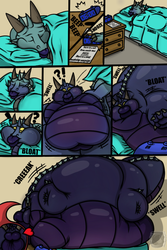 He was spoiled from the very beginning of his life. This resulted in him being a bit fat and lazy. He loved it tho but decided to make something more with his life by joining a rescue team. He also wanted to work on his skills as being taken care of his whole life made him pretty useless in battle. He's carefree and a little bit lazy. Always up for fun things. His Water Absorb ability absorbs any liquids into his body and he hates that his body absorbs any liquids but tends to get by and just shrugs it off as its just a part of life. Too much water makes him bloat like a sponge. Likes to overeat, being in the rain even tho his body would bloat, and playing with fat. He uses Water Gun every time he sneezes by mistake.