Accompany of one by Firehazard 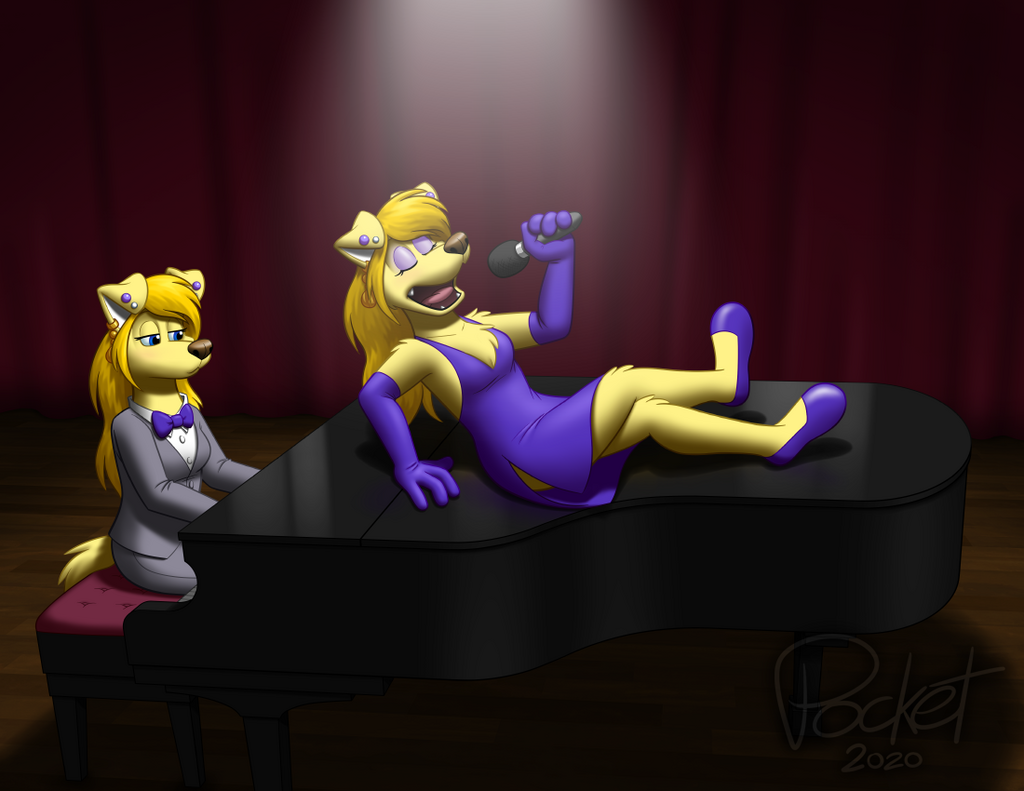 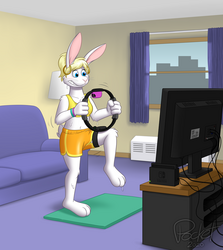 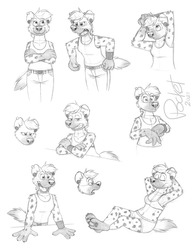 I've had this idea kicking around in my head for some time now. The keytar Summer used to have on stage has long since been retconned out of the lore, but her penchant for keyboard instruments is very much still canon. Usually it just means she provides the keyboard parts in her studio recordings, but when the label provided her with a classy piano ballad and recommended it as a single, she immediately envisioned a music video of her as the classic lounge singer atop a piano... and who else to play that piano but herself?

The effect would be achieved using the standard combination of split screen and a body double. The double, who had appeared as a stunt double in earlier videos, had to learn how to pretend to play the song for this video, and the choreography had to be carefully timed so that her face would be fully covered when shot from the far end of the piano.

This thing took ages to color. It's only the second time I've had to shade the outlines due to the harsh lighting. I kept finding little details I wanted to go back and mess with, and if I don't post this now I'll probably never stop.