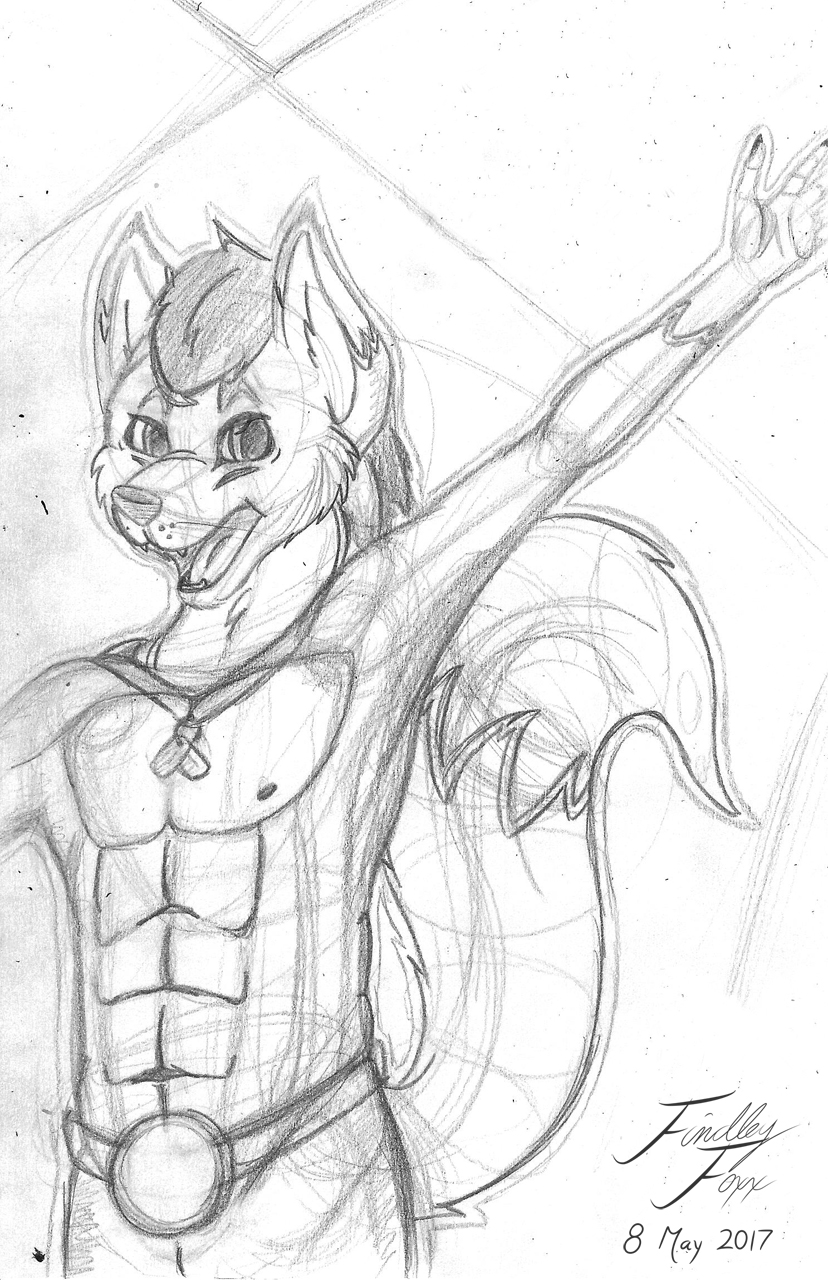 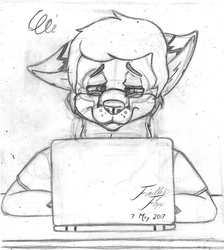 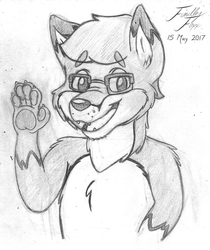 I actually found this sketch lying around my room, it was a sketch I did during my downtime, but never got to publishing it. I guess its because I had no clear direction with it, it was initially supposed to a "head practice".... which turned into a "head/body practice"... which then turned into a "toned body with stretched arms sketch". In the end, I kinda liked the way the sketch turned out, even though I initially had no direction with it!~

During the process, I wanted to practice drawing furs with varying body shapes, this time with a more toned figure, at least to practice chest/body anatomy. Eventually, that turned into a "Lightweight Wrestler" of sorts in my head, which lead to the sketch here!

The fur there has no name, nor a defined species at the time, but after looking back at it, I figured it resembled more of a wolf than other canines, and thought it was fitting! I just thought I would like to share this sketch~ ^w^