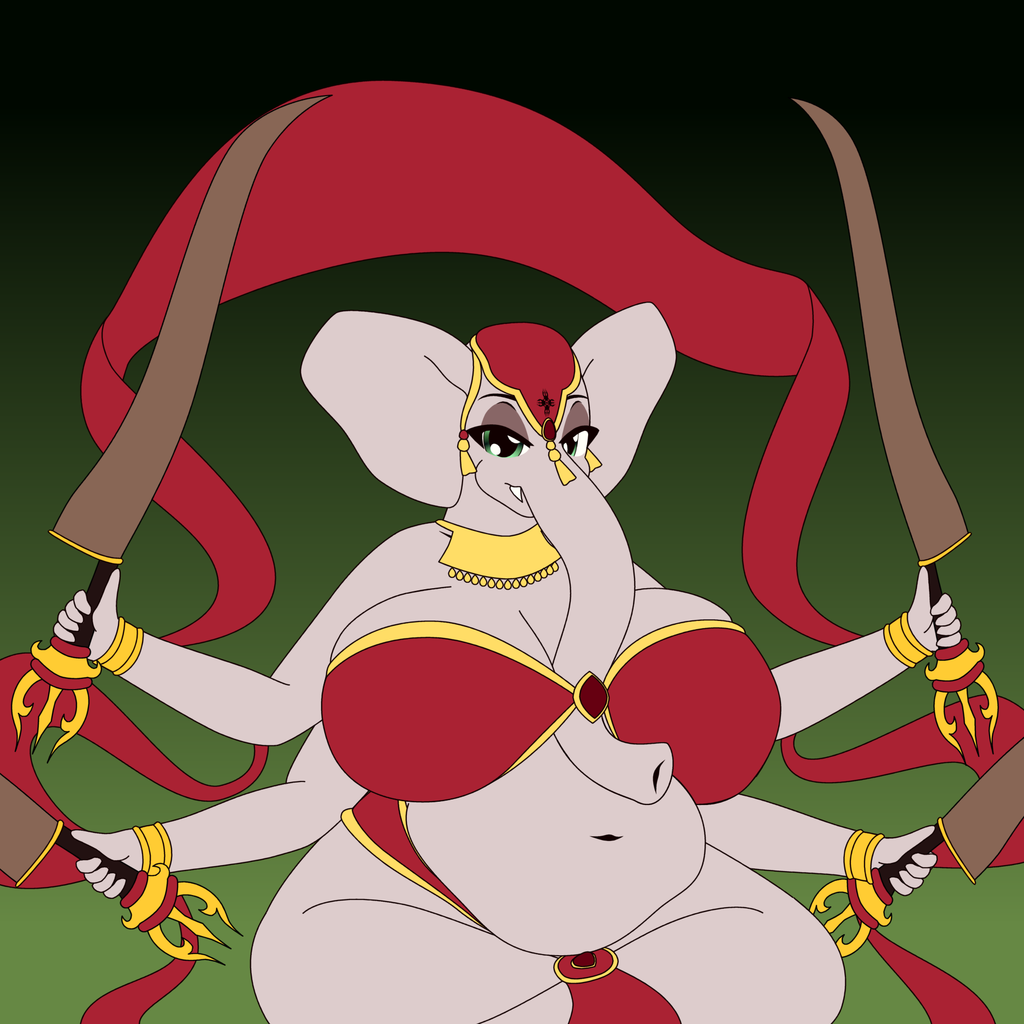 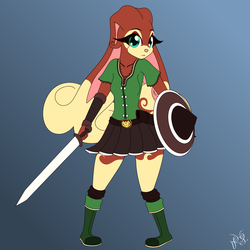 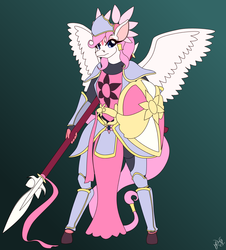 I'm not very familiar with the culture of India, but one thing I've always liked is how absolutely cool their gods look. Also, a lot of their female gods have their big honkin' boobs hanging out.

Since I started this laaaate, I didn't get around to adding much detail. The next time I draw this character I'll put more ornamentation on her cloth & headpiece, and maybe her swords too.

Duniya asserts herself as the protector goddess of the planet. Despite her soft and voluptuous shape, she is incredibly powerful - among the strongest of Elysia's local gods - but thankfully only fights in defense of the earth and its inhabitants.

Though she knows her strength is immense, Duniya is neither boastful nor cruel. She is very gentle to all innocent creatures, and generally keeps a serene and calm disposition no matter how she is provoked.

There are somewhere from 4~6 references to Indian culture in her design, and it's my hope that (despite my admitted ignorance to this culture) none of them are offensive. I'd prefer not to call any of them out at this time, because if nobody notices, then I don't think there's too much of an issue.