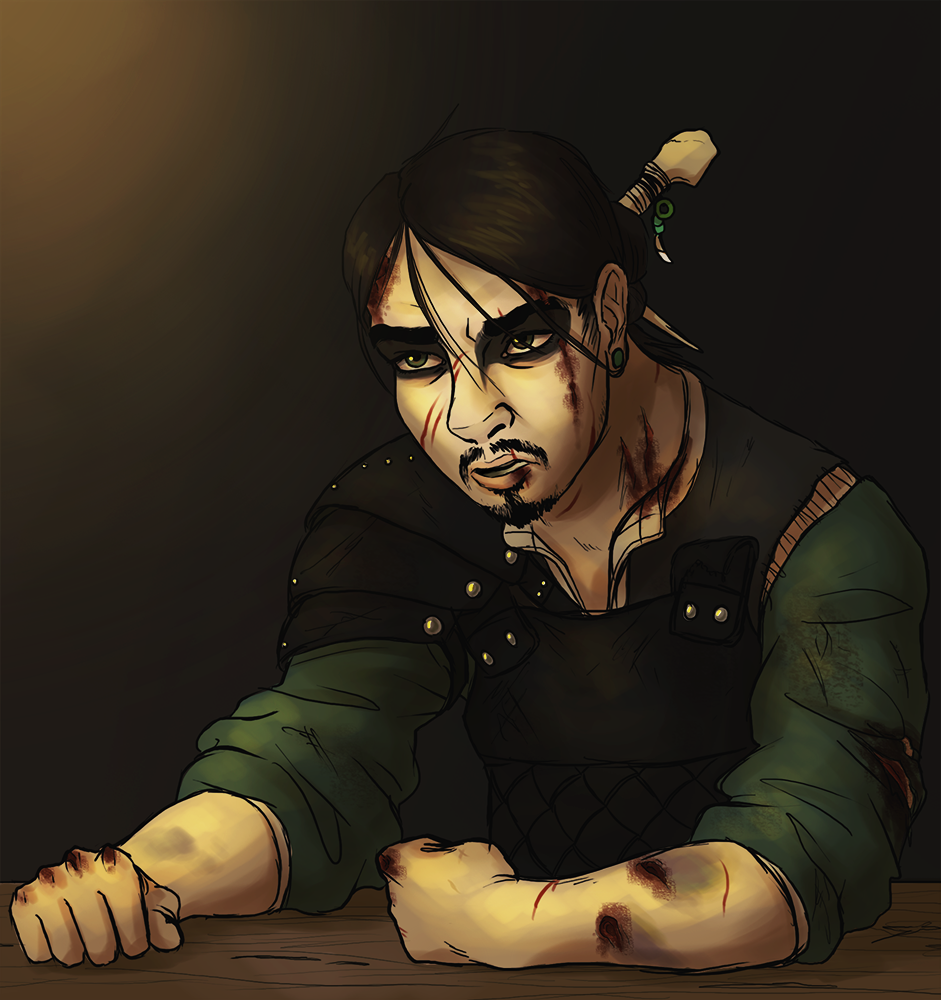 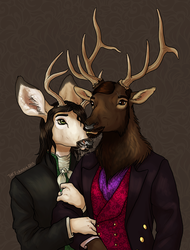 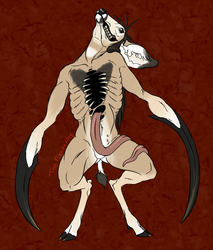 Despite no longer being a feral race, Ayrin still experiences some of the animalistic urges he once had. During the autumn months he becomes violent and participates in the annual rut that deer grarl go through. He has no desire for love or sex like the others but he does feel the need to fight. He enters an almost trance-like state in which he wanders off into the wilderness, often without eating or sleeping, only to fight other grarl. Since he is now lacking in antlers and hooves he pretty much gets his ass kicked.

so here he is in the tavern, staring off into space like a weenie