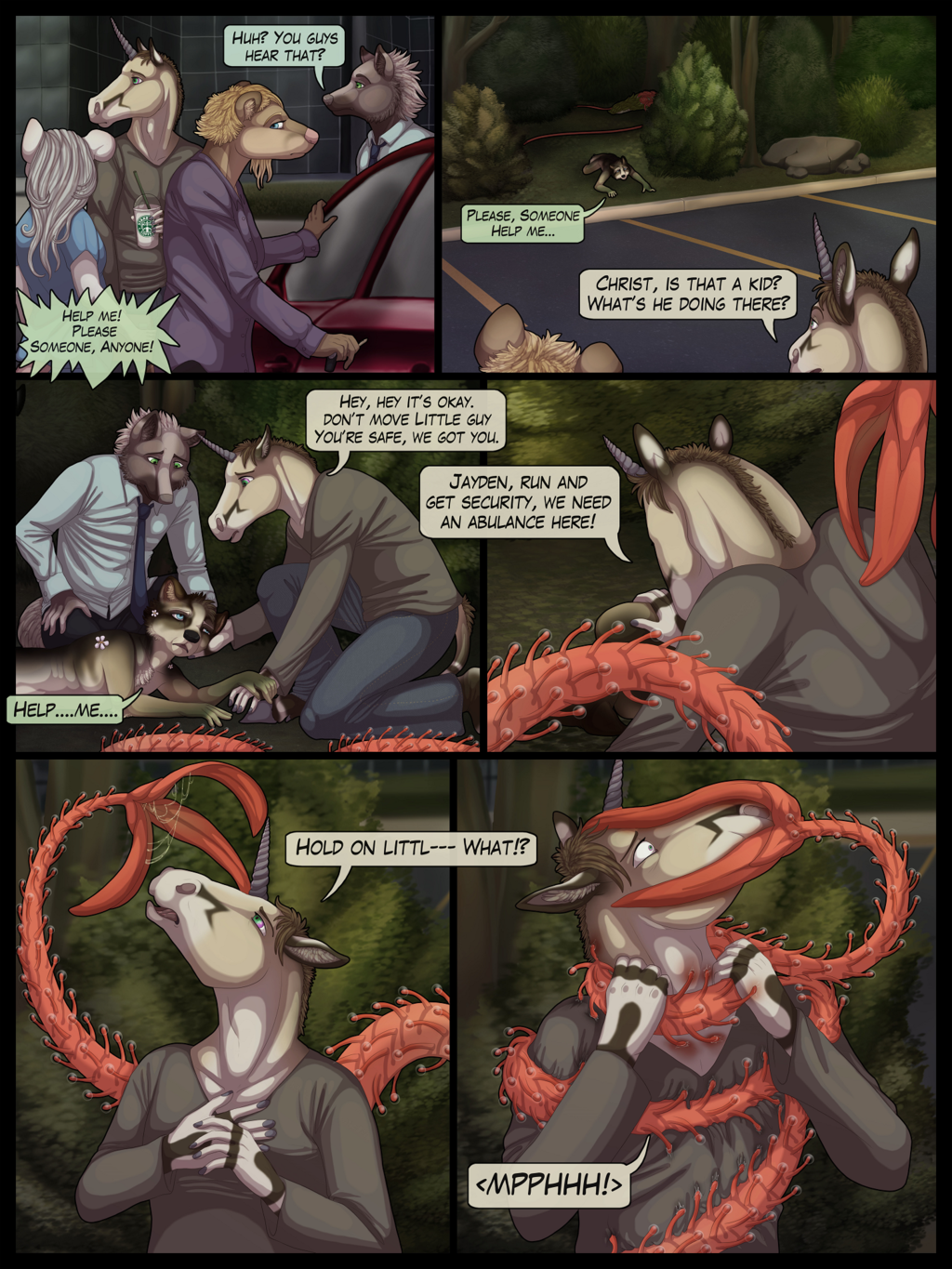 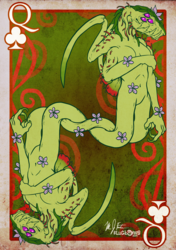 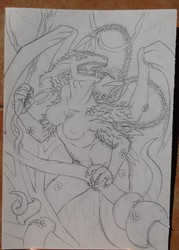 The compulsion in most fauna to protect the young is a useful tool. All I need do is proselytize a physically immature creature and have it cry for help and the adults will come rushing in. It's useful for getting them out of plain sight or into an area I have set myself, so that I may proselytize or eat them.

I happened upon a pair earlier in the day, apparently a father and son, that held information about a facility nearby that was pregnant with intelligent and knowledgeable creatures. They conduct research and experiments that could prove useful to me. The consensus was they'd make great additions to my collective. I would have sent Eventide to handle this, but I had sent them on another mission, and chose to take on this task myself. Secondhand sensory input is always lacking in luster, compared to what I am capable of anyway.

I was also in need of nourishment and the smaller morphs, the microfauna, were not satisfying. There is something strange about them and they don't appear to contain any knowledge, intelligence or anything useful to me. Aside from nutritional paste unworthy of my proselytes, they are worthless. I have decided to ignore them entirely, since they will not interfere with my work.

Setting myself up among a small patch of trees near the facility, I instruct the freshly proselytized child to call for help. As expected, the four adults I spotted on the asphalt came running. Among them, an equine, a rodent, a canid, and a creature from my native land that is supposed to be extinct. The males among them, the canid and equine, tried to help the child while the others watched from a few paces back. It was time to eat. I sent my tentacles forth and quickly coiled the equine up. The child's eyes were weak, but I could tell this one would be better as a meal.

While the others were frozen in fear or stupefied, I pumped the equine full of my digestive enzymes. It was a particularly delicious one, full of vim and vigor... very satisfying...

Fauxlacine
You can see Evelyn's side of the story HERE