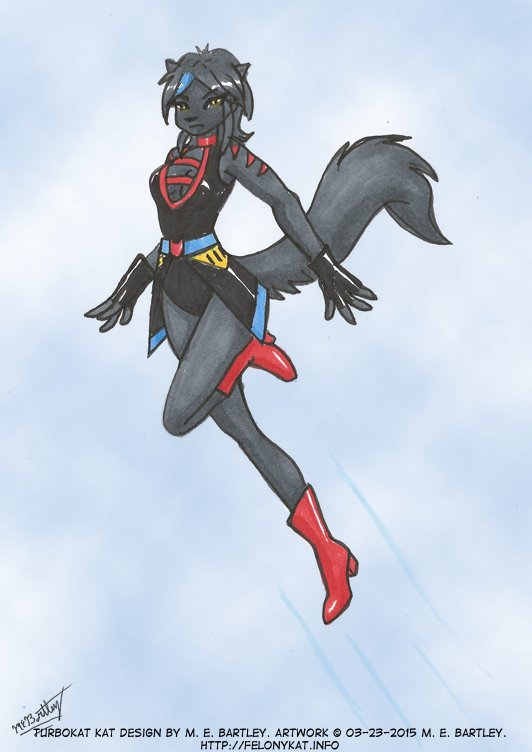 An idea I'd been meaning to try for ages, what if somehow the SWAT Kats' jet the Turbokat became a real flesh and blood feline? T-Bone and Razor refer to the jet as a girl so she is female. I incorporated various parts of the jet's design for her clothing and made her dark grey with yellow eyes. The red stripes on her arms are from the stripes on the jet, the touch of blue hair from the nose of the plane, etc. I'm pleased with the design so I'll probably draw more of it. It's done in copics but I photoshopped the cloudy background.