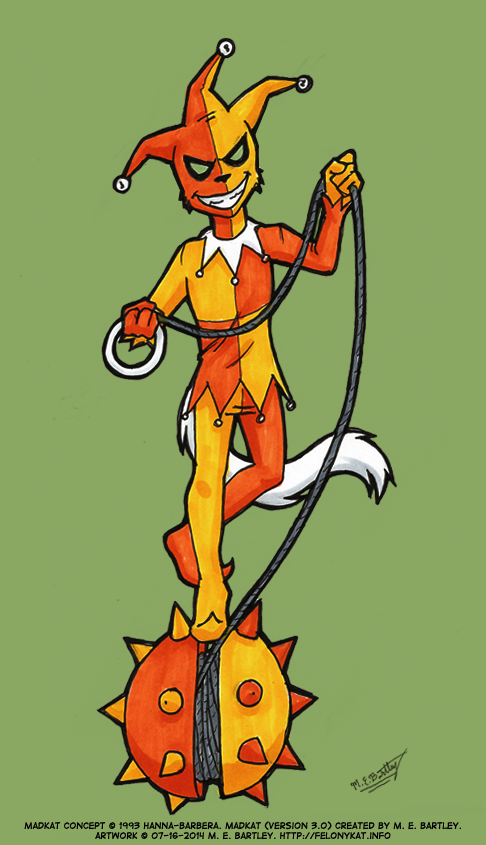 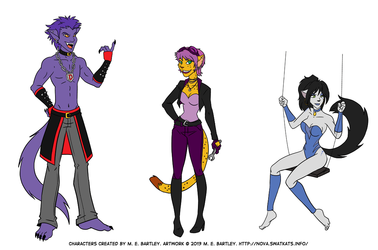 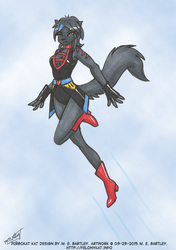 My take on someone new getting ahold of the Madkat spirit based on the villain Madkat from the animated series SWAT Kats. A troubled 12 year old boy named Burl Esque went to hide from some other kids his age and older who bully him and ended up in Katzmer’s Curios. The kiddo lost his mom at an early age and his rich father doesn’t have time for him and is always traveling. He finds the Madkat-in-a-box which speaks to him. It learns that the boy has a smart mouth and enjoys playing pranks to get back at his bullies and tries to get his father’s attention through comedic routines. Taking advantage of the class clown, Madkat possesses him and brings his darker side out with his pranks becoming more cruel to take down the kids who rule the playground getting the boy his revenge first then moves back on to his own.