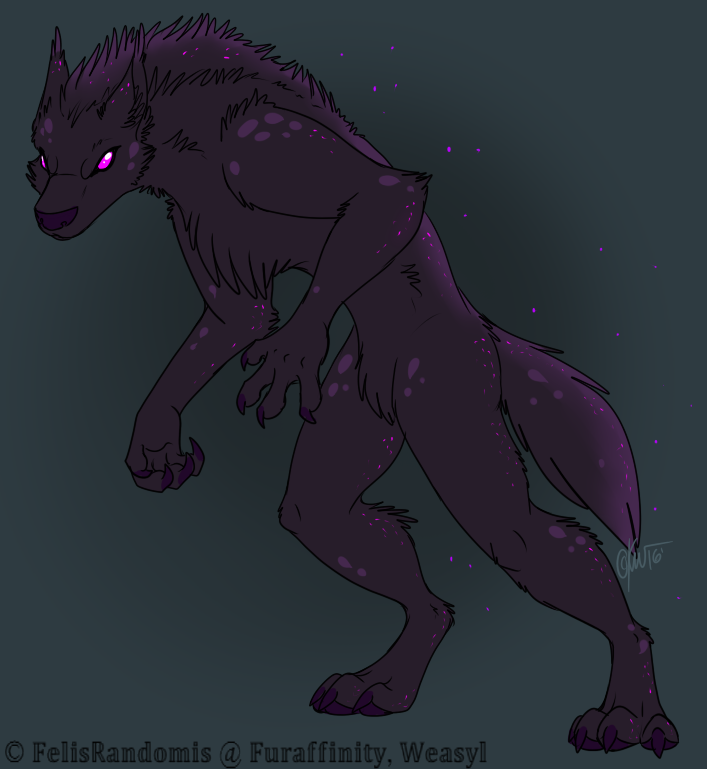 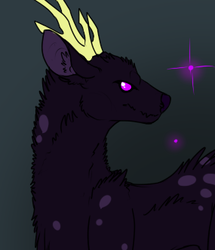 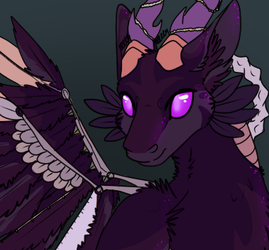 I decided to expand on EndTR's world.
I've been using her on my RP Amino, and have actually made her a designated home in a place I dubbed the Enderen Taiga. The Enderen Taiga is home to many creatures who are Ender touched, like EndTR.

Meet the WerEnder. This pic is merely an example of one of many species that can become WerEnders. These were creatures who became Ender touched, and did not start out that way. By eating food from the Taiga, or spending extended periods of time there, there is a chance of becoming Ender Touched. With the forest constantly teleporting pieces around, it's not hard to become lost there, so this is a common occurrence. WerEnders are not able to teleport. They appear to glitter slightly, and some are known to have slight particle effects as well. While most retain sentience, some have been known to become more primitive. Once one becomes a full WerEnder, they seem to forget where they were going, and instead choose to stay and live in the forest. Some who are able to make it out before becoming full WerEnder, will retain a feeling of longing to go back. This feeling will go away over time, the longer they stay away from the Tiaga.