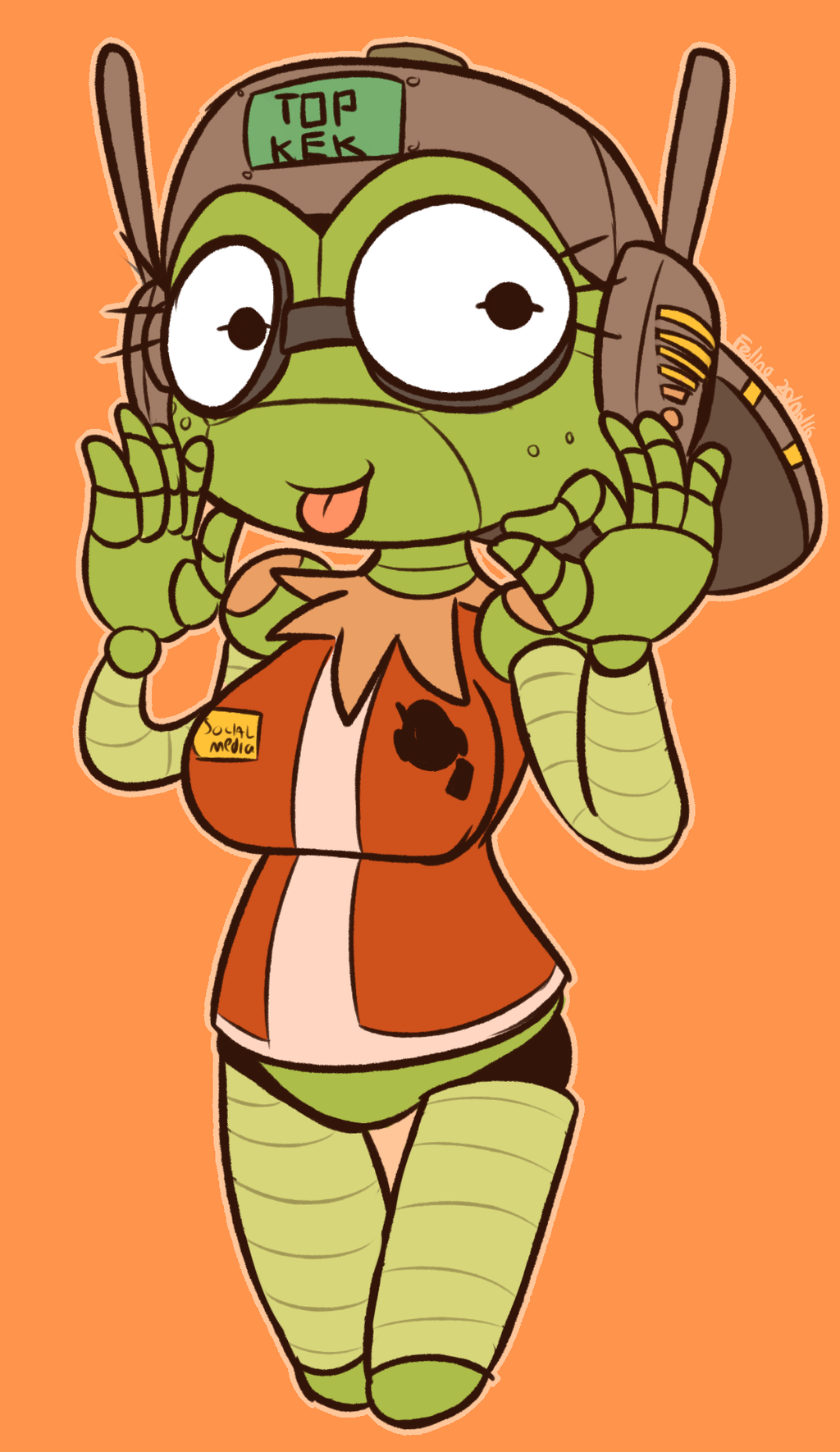 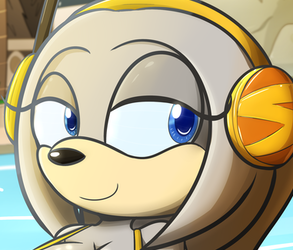 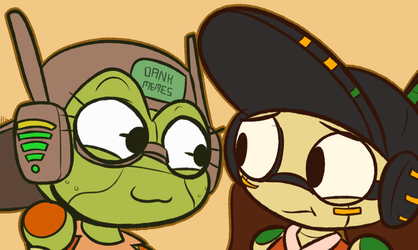 I’ve been asking myself if i should make other co-workers to Al-X’s cafe
Had the brilliant idea of making a social media manager frog robot
Her name is Dt-B, and she’s a meme enthusiast
Self proclaimed professional meme maker, she just want to make everyone smile with dank memes, even though she can get pretty obnoxious from time to time
Who knows, maybe i’ll make new robot workers

These are some old pictures i let it for Tumblr, i'll start posting stuff here

This one picture of many, hope y'all like her