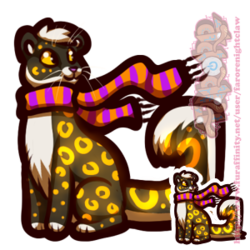 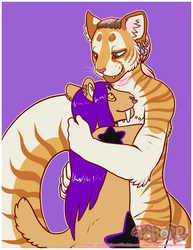 Hamingja, (HAH-ming-jah) which is Old Norse for 'luck' and refers to either the personification of the good fortune of an individual family, or the altered appearance of shapeshifters, is a new avian character i came up with for hailbop! DMA helped with the design. Ey is a goo-raven with three catlike tail 'feathers' and gooey wingarms, and four red eyes. Like Hale, ey is lazy about eir form and may resemble a puddle more than a raven at times. Whether or not ey can fly is questionable; it would require a lot of concentration to maintain flight-capable wings, and ey is content to just ooze most places. Ey likes to flap a lot, though.