The Alice Recordings: Chapter 11 by farorenightclaw 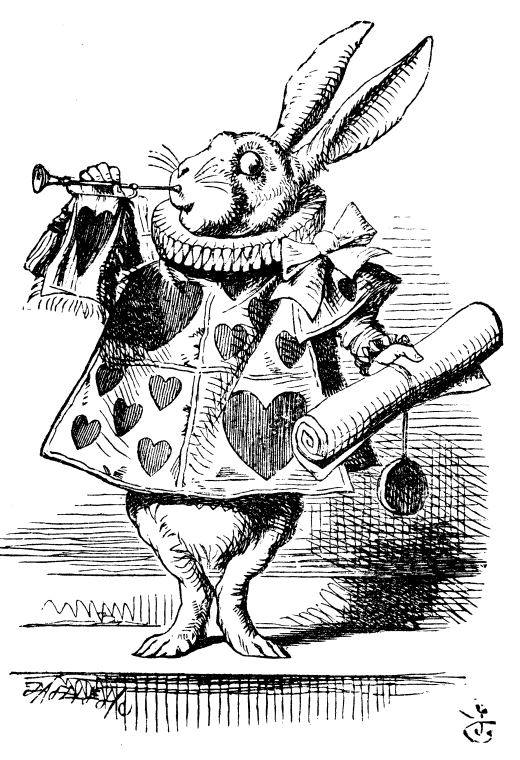 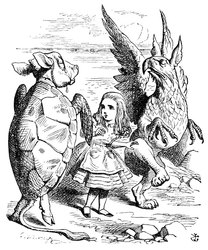 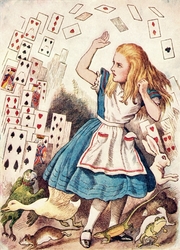 So I started taking testosterone recently. Part of going through this means that my voice will change. Therefore, I wanted to create a way of tracking the changes in my voice over time. What better tool for the job than Alice? AiW is in the public domain (as is the John Tenniel illustration I'm using for the cover image) and is pretty much my favorite book/'franchise' ever, so it seemed fitting to read a chapter every two weeks or so (this is how often I get my T shots) and see if I can detect any changes.

This is an informal reading - there's a couple sniffs and I stumble over words occasionally - so please don't expect perfection. This is mostly for my own interests but I know some of you like hearing me talk and read and so on so I figured I'd upload it here. Enjoy!

The trial in the book is rather different than the trail in the 1951 film; in the film, it is Alice who is on trial, and the Cheshire Cat makes appearances and causes shenanigans. In the book as you can hear, here, it's the Knave of Hearts who is on trial, and Alice is only called as a witness. Also, in the film, Alice grows because she still has pieces of the mushroom and decides to eat them; in the book, she starts growing spontaneously, which gives a rather more 'out of control' feel to the scene - in my opinion, making it more dreamlike.

Apologies that this chapter is a little messy; the coating has come off of my glasses so there's a permanent smear in the middle of one lens, and it makes it a bit hard to read sometimes. Therefore I ended up flubbing a few words and stuttering a bit.

Alice in Wonderland by Lewis Carroll
Illustration by John Tenniel
Read by me!