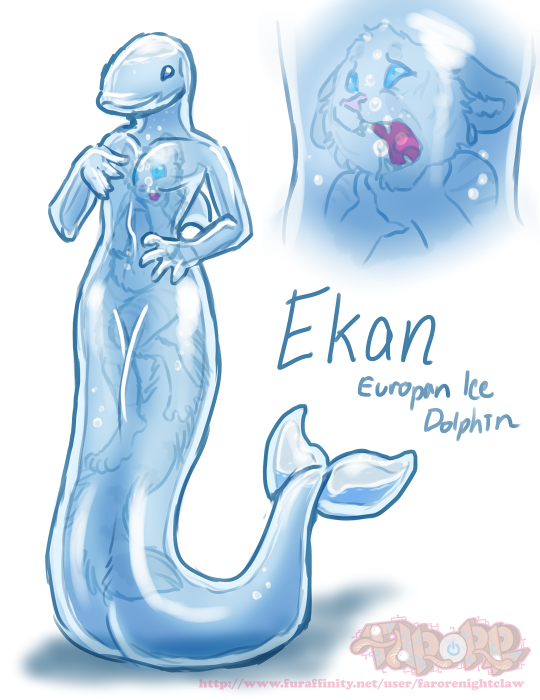 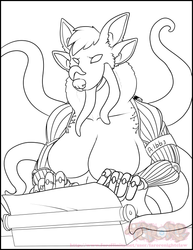 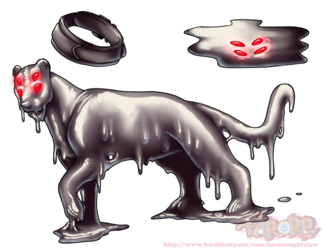 This is not my character; this is :linkhailbop:'s character! Actually, to be specific, this is what happens after Chirin gets to Hale: an ice dolphin who loves drowning, freezing and transforming people. He's quite friendly, really! (Despite being called 'he', Ekan doesn't typically actually have any identifying sexual characteristics, though he can form them if the situation calls for it.) Ekan is based on a Pacific White-Sided Dolphin (my favorite species of phin!) and is made entirely of ice, presumably water ice, though who knows really. He is filled with water though, frigid water, as you can see here. He doesn't always have Farore drowning inside him, though there's often SOMEONE in there.

You can read a story with Ekan in it here!