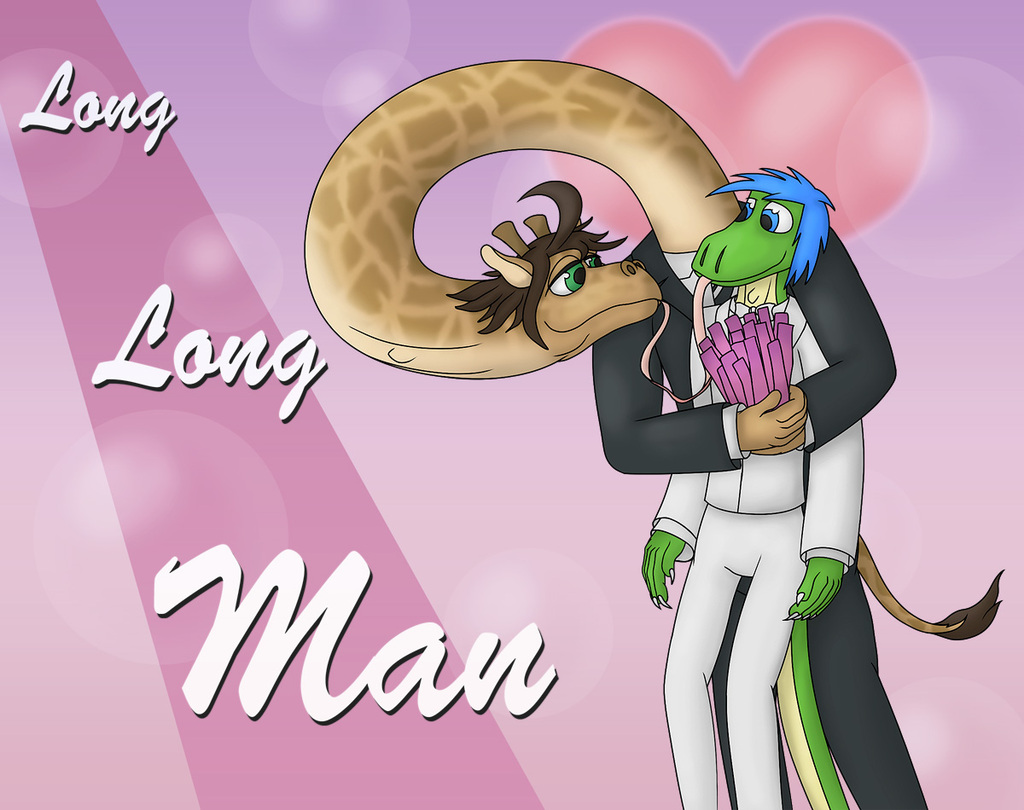 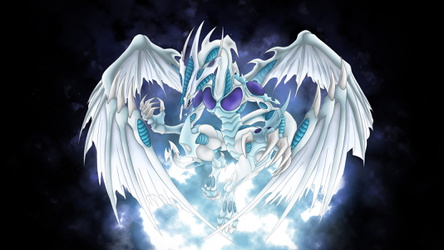 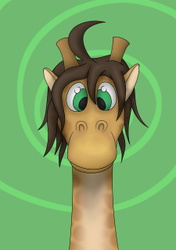 I swear that this wasn't meant for Valentine's Day! It's been in production for a while, and I just happen to have finished it on February 16th.

As you (might) know, I have changed my fursona from a gecko to a giraffe. It's a slow process, because of how little I draw as of late, but I'm trying to get to it. One of the ideas for a picture came to me, when I stumbled upon an amazing series of commercials for "Sakeru Gummy", a Japanese brand of grape gummy candies:
https://www.youtube.com/watch?v=MjlkBkfLzC8
(watch before reading the rest, it's less than 7 minutes long)

It's a series of commercials about this charming gentleman, which is referred to as "Long Long Man" . This felt so incredibly fitting given my new giraffe fursona (BTW: I swear to God, I did NOT catch the giraffe in the video on my first watch!!! I saw a different compilation video), so I drew the old and the new fursona.... together, as a couple.

The thing is, I often wanted to draw my fursona in some scene, in the context of a couple, but that was never possible, as I was always single. Sure, I could have made up a fake significant other, but I never quite felt like it, but now that I have a new and old fursona, and so I can joke with the idea of them being a couple.

I know artists who have a fursona change, and abandon their old fursonas completely, some of them went out of their way to promise they wouldn't do it... but they have. I myself don't want to make any promises or anything of the sort, but the gecko will show up every now and then (especially with the comic not being finished yet).

Soooo yeah, a really unusual image for me to make. Hope everybody likes it!