Sue and Mouette by Faleep 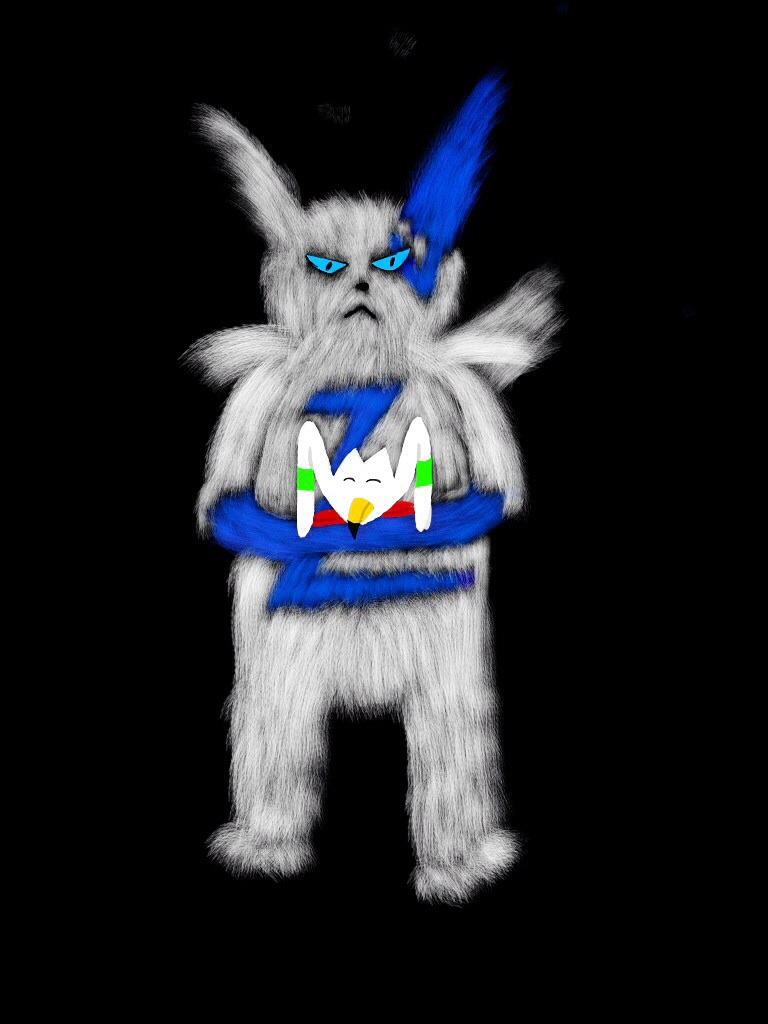 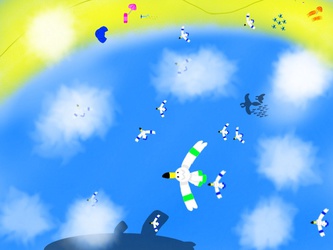 Headcannon between character time!
So, Mouette is just kind of a baby, cause I'm keeping him as a Wingull forever. Well, I have this head cannon that both were kind of out castes cause of their different color, and yeah. Well, Sue finds Mouette all alone and crying cause he's just a baby and so she kind of adopts him and holds him and carries him everywhere and he sees her as his mother. And so Sue has a little baby Wingull sitting on her head or waddling after her. And any time somebody hurts/insults/makes Mouette cry Sue goes on a furious Zangoose rampage and completely whoops the other Pokemon's ass....

They both have a human form too.

Ok, so Sue has white hair that she has dyed the tips blue, she has blue eyes. She wears a short sleeved white shirt with a blue Z on it. She wears a throw white scarf (you know those really long ones that people just wrap around their necks then throw over their shoulder) that has blue on the ends. She wears blue denim jeans. Al her clothing is worn and torn and dirty and a little blood stained. She doesn't have a messenger style bag, instead going with a backpack. She's covered in scars and heavily tanned.
She is also rather muscle-y. Like, not overly huge, but enough to where you know it's going to hurt if she punches you.

Now Mouette on the other hand, he's this pudgy short little baby. He has white hair that Sue very carefully dyed the tips green (Mouette is like, one or two so he has enough hair to do so). He wears a long sleeved white shirt with light green cuffs. He also wears blue jeans. he has yellow eyes though. They look close, but as Mouette ages he will look more bird-ish (being thinner and shorter, along with having longer arms) but they do look very close.