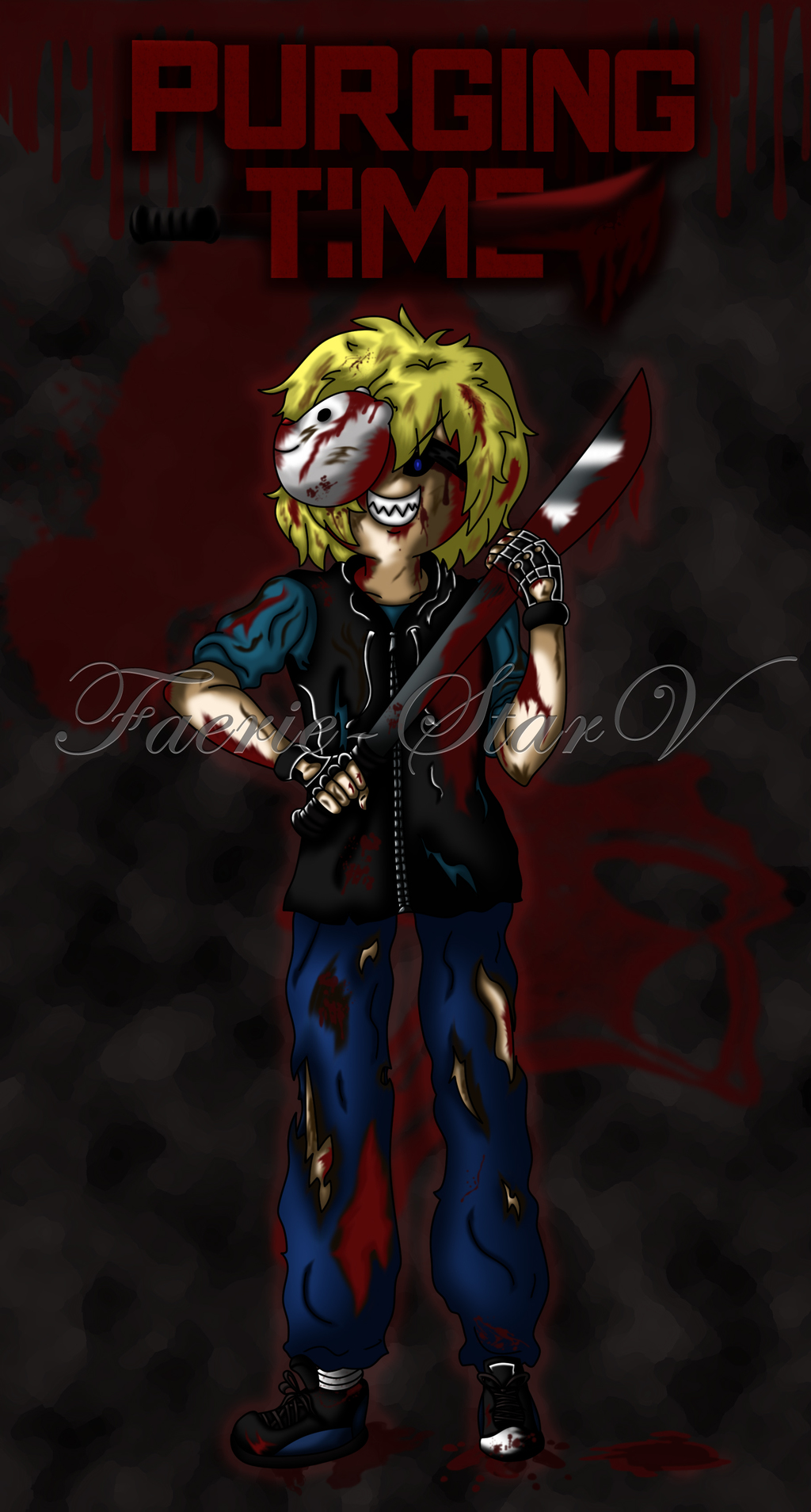 For those who didn't see my sketch, it's Finn the Human from Adventure Time as the Purger from the Purge films. This version of Finn loves to kill and is a psychotic teenager who has a thirst for blood. >:3 Gave him a cute bear mask instead of wearing a bear hat that he usually wears.
I drew him wearing a punk skater boy outfit to make him look more badass.

I got the idea from watching this opening ceremony of HHN 2014 Hollywood as seen here. https://www.youtube.com/watch?v=hYYaOokqyiQ&feature=youtu.be&a As I mentioned in my last pic, it was a Purge Haunted House that they did this year at Halloween Horror Nights, not a Scare Zone which I thought it would be.

I was gonna do the candy castle next to the white bar but changed my mind and decided to make a dark background with blood on it. I used the blood--stock blood brushes stock from Deviantart

I put a M rating because of blood just to be safe. ^^;

Please don't steal, trace, recolor, or use it as base. >(