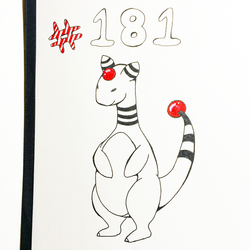 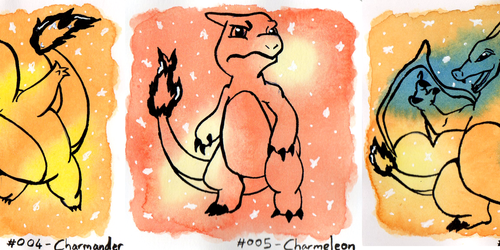 For awhile now I've been wanting to do the Pokedex challenge as I've seen so many inspiring pieces from other artists who have done it and their improvement too. So because the 20th anniversary was on Saturday and because I want to learn how to control my new traditional supplies, I started it nearly two weeks ago now~

For those of you who don't know what the Pokedex Challenge is, it's basically where you draw every single pokemon starting from number one and going in order *u*/
So I've got a lot ahead of me haha

I've decided to do each generation in different styles so that I can mix it up a bit for myself. Each drawing/painting is only 10x10cm in real life so I'm going to group evolutions together so I'm not posting too much. Though being at that size for some reason their so hard to scan, so please ignore any shadows. I've tried so many times to not get them to be like that ><'

So far it's been a lot of fun and as I'm writing this I've only done 9 so far. I hope you enjoy the journey with me =D