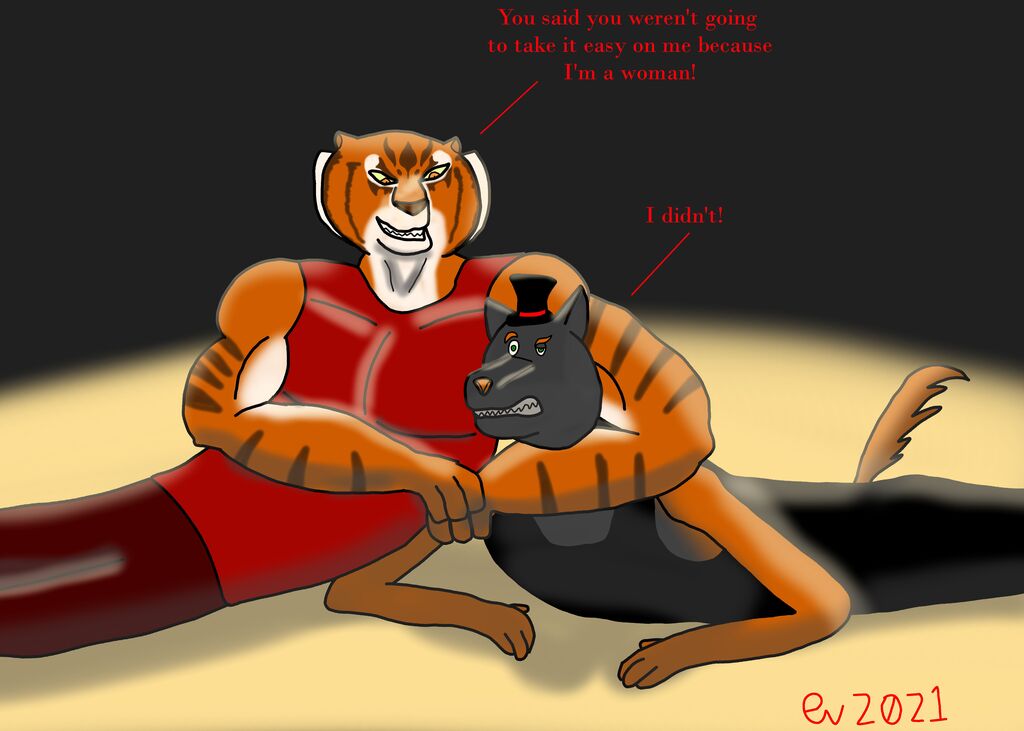 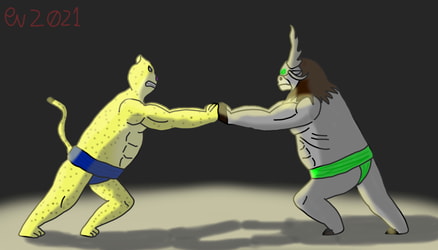 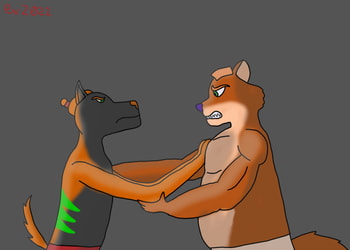 So, Jack stupidly decided to have a wrestling match with Master Tigress (from Kung Fu Panda). As expected, she absolutely kicked his butt and put him in a choke hold. Next time, Jack will pick his opponents more carefully.

This is the very first time I've ever drawn Master Tigress. I wanted to give her muscles because I felt that it could suit her well. However, I also [i]may've[/i] made her too masculine. Either way, I will probably draw her this way from now on (assuming I draw her again). I actually think she looks better with muscles.