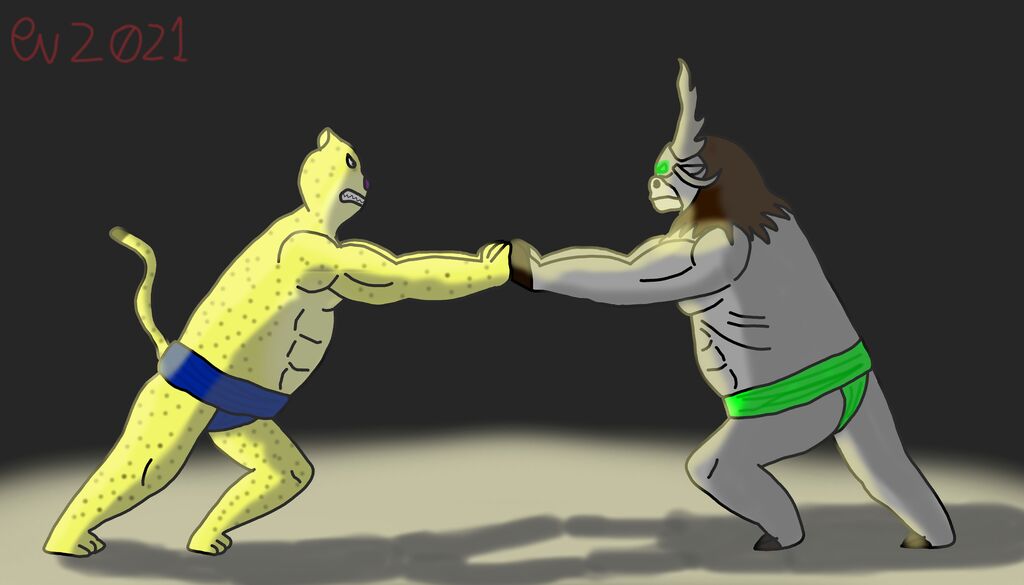 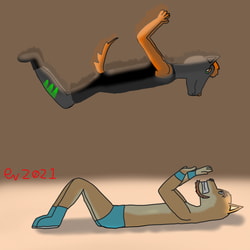 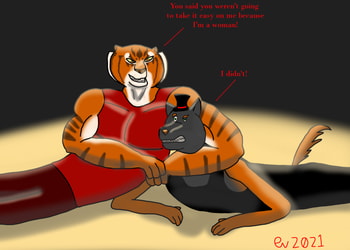 This was the result of an Amino poll.

Just another sumo pic from me.
This time, it's (a muscular) Clawhauser from [b]Zootopia[/b] and Kai from [b]Kung Fu Panda 3[/b] having a match.

I made Clawhauser muscular so he has a better chance against his opponent. Contrary to popular belief, sumo is about being strong, not about being fat. A muscular Clawahuser would do better in a sumo match than the fat one we're used to.

Also, the make this a fair fight, Kai isn't allowed to use any of his supernatural powers. Doing so wouldn't be fair because Clawhauser (as far as we're aware) has no resistance to anything supernatural and he has no powers to use against Kai.

I am really happy with how this piece came out. From now on, I think I will draw Clawhauser muscular. I actually think he looks better this way and he'd be more useful to the ZPD. Thanks for the idea, Fail-Seeker!