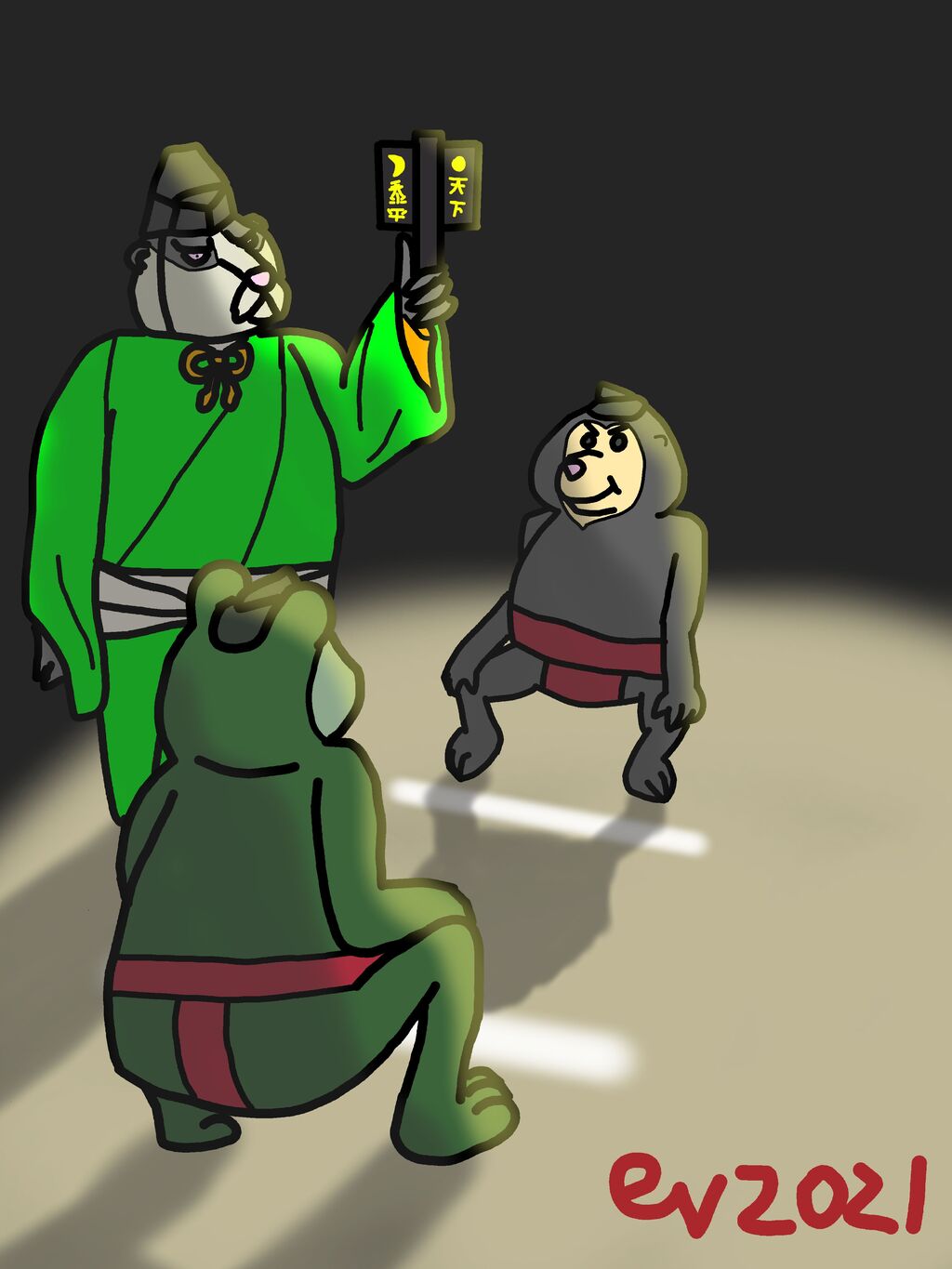 Folder:
The Wind In The Willows 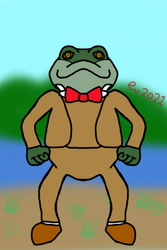 Mr. Toad went on holiday to Japan. He returned home with yet another obsession: Sumo Wrestling!

In fact, he's so obsessed that he now wants to be a Sumo Wrestler. He goes far enough to build a Dohyō (Sumo Ring) right in Toad Hall! (This is a big waste of money, of course. He'll move onto a new obsession within a week.)

Since Sumo Wrestlers are scarce in England, he enlists his friends to be his opponents. They were reluctant at first, or course. Mr. Badger is too old and out of shape for Sumo Wrestling, so he decides to be the Gyōji (referee) instead. Mole, being adventurous today, decides to be Toad's first opponent.

They both put their mawashis and chonmages on and get into position. Upon Mr. Badger's cue, they charge at each other and begin wrestling. Mr. Toad is quick and slippery, while Mole shows surprising dexterity! It's a fierce battle, but the winner at the end is Mr. Toad!

The News spreads around the Wild Wood. Many creatures line up to see Toad Hall's best (and only) sumo wrestler in action. Some daring ones even challenge him in a match. He has yet to be beaten.

All characters were created by Kenneth Grahame.
Mr. Badger design by Cosgrove Hall Films.
Mr. Toad and Mole design by me.