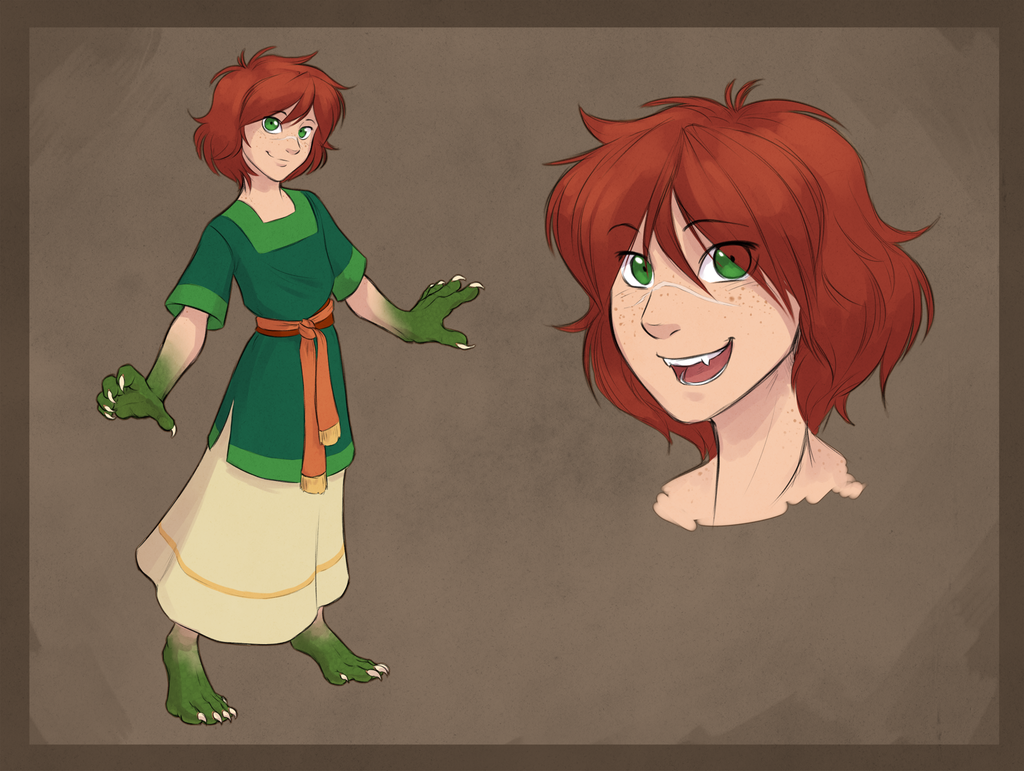 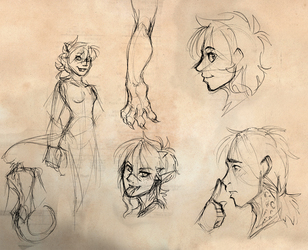 Been working on fleshing out an old story idea, and part of that has been looking into inspirations for culture and costuming. I’d like to ground the setting in a bit of realism and try to avoid too much of a generic medieval England feel that so many fantasy stories have. So for Tanis’s homeland, I was investigating Slavic and Russian history and fashion styles. She’s not necessarily going to keep the dress look, being the little tomboy that she is, but it was good practice at least!

Further info based on some questions from lost comments: Tanis is the daughter of a professional dragon hunter. The curse that is infecting people acts more like a virus, though how exactly it is transmitted still remains a mystery. Hunters are the first afflicted, and after that it can spread to other members of their community, their family, or even people they've only interacted with in passing. There is a lot of panic sweeping the land as the governments attempt to find a way to fight against this epidemic.

Tanis here is about thirteen and has an older brother, Taron, who is sixteen. You'll get art of him pretty soon!