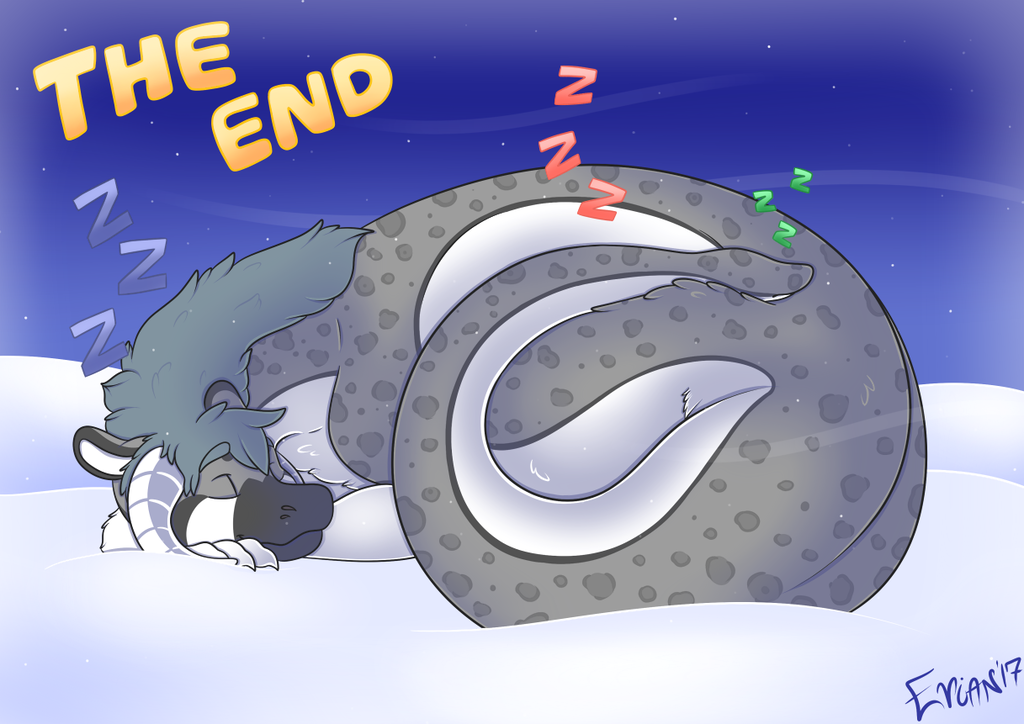 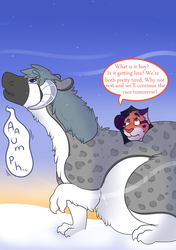 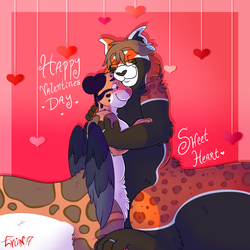 Here it is! A bittersweet end to a comic I've been working on for... A YEAR AND A HALF? Yeah, I started this comic back in October of 2015, with the first page being publicly posted on October 23rd.

Why did this comic take so long?: It was a free time project that I did on the side of commissions, trades, and drawing for myself. While drawing these were fun, sometimes it would get stressful thinking about when the next page would come out. I also couldn't justify setting my work queue aside to work on a comic that made me $0.

Why did you make this comic?: It was actually just a really funny idea I had, and the concept of this comic was more a joke than anything. My husband loves vore, and I thought that him eating me would be a different way to stay warm than in Star Wars. I intended to just do vore (the eating part), but then my husband and I kept adding more ideas in, and then the page number got longer, and longer (which wasn't a bad thing).

Some of this comic doesn't make sense... if Evian is cold, why didn't she just wear pants?: Again, this wasn't supposed to be a coherent story. Originally a joke, and to be completely honest. I didn't want to draw pants. So there! >:P

Is this the end?:Perhaps not! After people started asking about Evian's pants, I actually tried to think of a logical reason as to why there were missing in the first place. Without revealing anything, just know that my husband and I have a prequel and a sequel thought out for this. Will they come to fruition? I'm not entirely sure, but I'll do my best to make time for this project again in the future.

End Thoughts: I really love and sort-of-hate this comic. I hate that it took so long, and because it took a year and a half to get going, I can see the clear improvement in my art style. The first half of the pages have many mistakes and weaknesses. But I also love that aspect. This project taught me how to practice consistency, plan panels, and how to progress / display things. I definitely love making comics, and hope to work on many many more in the future.

So with that being said...

Thank you all for sticking with this comic! I know it has been a bumpy-slow ride. But I think it was well worth it!