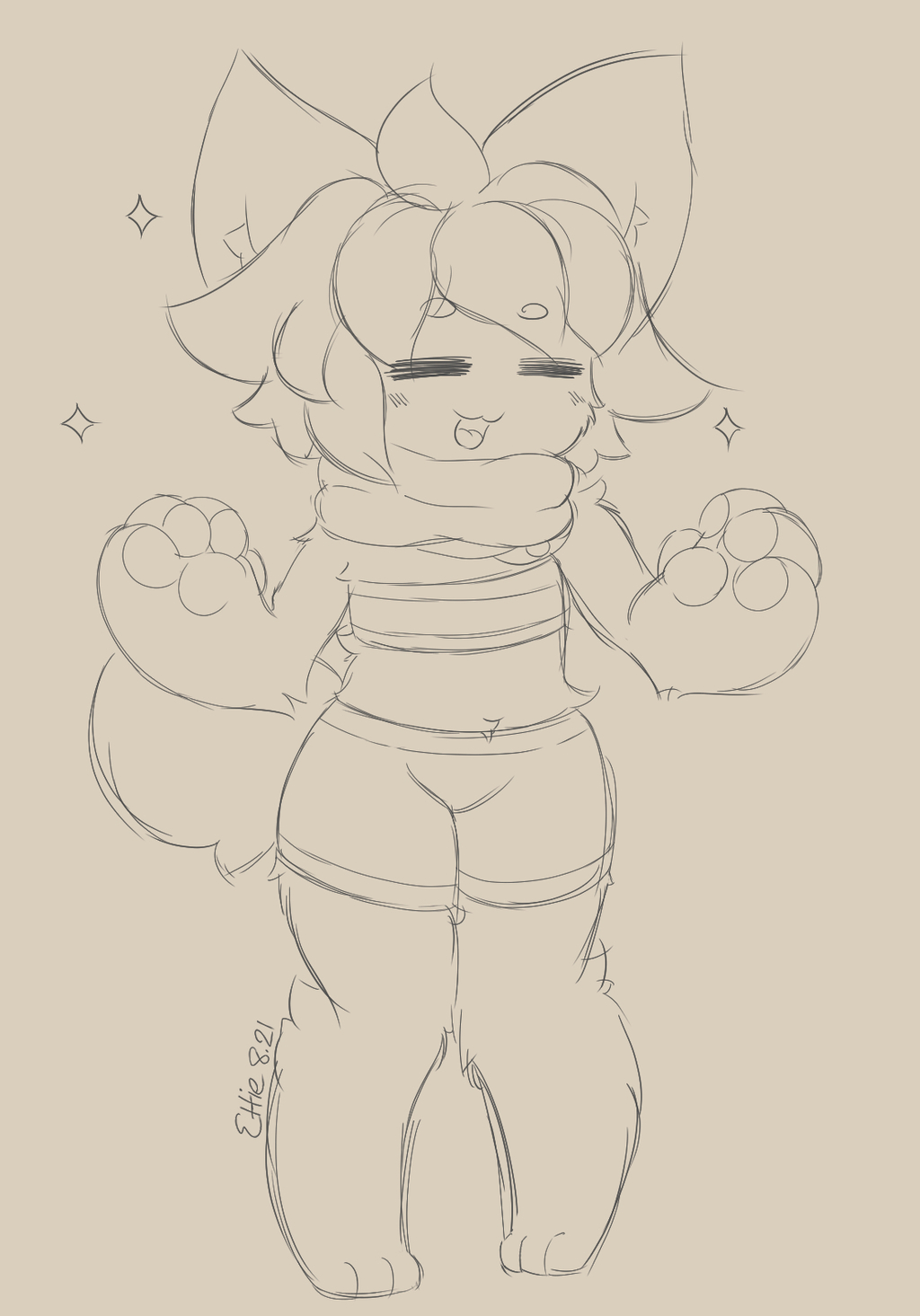 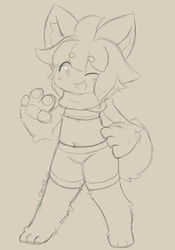 (I tried to come up with a clever title but all I could think of was a song and it wasn't very funny!)

A few weeks ago, I did an art stream, and right in the middle of my stream I got an adorable piece of gift art from Lasso! This was only our first time meeting, and I don't even know how they found my stream, but they were so nice and it was such a pleasure to meet and chat with them! Naturally, I really wanted to give them something in return, so in spite of my art funk, I pushed myself through and actually ended up really happy with the sketches I produced! (and just in time, too, because this was right before my latest arm treatment!)

Initially I only meant to do one (this one, with the peace sign), but something about their character really seemed to flow well for me compared to other stuff I'd drawn lately, so I just sorta let myself get carried away and wound up with FOUR!

Similar to the recent Klonoa sketches (which were actually done after these but shh), I had a smoother time drawing in the simpler style, and I really want to try more like this soon. Maybe it's laziness since it saves me from worrying about "accuracy" or drawing real hands, or maybe it's just a fun alternative style I can be comfortable with. Or both. Or neither. Who knows! We'll see where life takes me, as always.

As mentioned above, this character belongs to Lasso! Go show them some love! ❤️

You can also share these on twitter, which would be really nice of you and help me out a lot.

And if you want to have Cool Chill Hangs with Nerdy Furries Who Like Anime........ wow that is a tough sell, huh. Uh. You can join my Discord server!