I'm a gamer, history nut, naturalist, hunter, hiker, fisherman, mythologist, folklorist, weapon enthusiast, occasional furry, proud student of the New Roots charter high school, and author of the Tribes of Anowara series. Never heard of it? To be expected, it's not even published.

Tribes of Anowara takes place on the continent of Anowara, whose cultures and geography are based on Pre-Coloumbian North America. It's main characters are three Kayeil' Kushtaka (Peaceful Land Otter People) named Dleit Kageet, Kanat'a Ts'itskw, and X'aan Ch'aak. They are culturally based off of the Tlingit people of southeastern Alaska.

Dleit is 18 years old, and training to be a shaman (an ACTUAL shaman, not that elementalist bullshit we got in World of Warcraft). He's very curious, rather naive, but far from unintelligent, not one to gloat, is quite gentle with people, and doesn't enjoy physical conflicts such as war, due to what it's done to his people, especially his father: they're at war with the humans that they once called brothers known as the Kigaat. Ever since a shaman from the west stayed at their village of Laax Aan for several days and gave him a pendant depicting a mother sea otter, he's been obsessed with seeing the world.

Kanat'a is about six months younger than her boyfriend, Dleit, and is a huntress and scout. She's also Dleit's mentor's granddaughter She's sarcastic, but a likable kind of sarcastic, very quick to crack a joke, adventurous, highly perceptive, a bit of one to hold a grudge, tricky as a raven, and occasionally a bit snarky. Her kinds lighthearted nature is especially noteworthy with her, and she thrives on guile. She's wanted to see the world just like Dleit, only she's a bit more concerned with big wildlife.

X'aan is Dleit's 20 year old brother. He's a warrior, same as their father, Gugaan Koon. He's impulsive, but loyal to a fault, being quite overprotective of his little brother when it comes to strangers, and quite a suck up to his father. He seeks glory and honor, but cares about those around him. 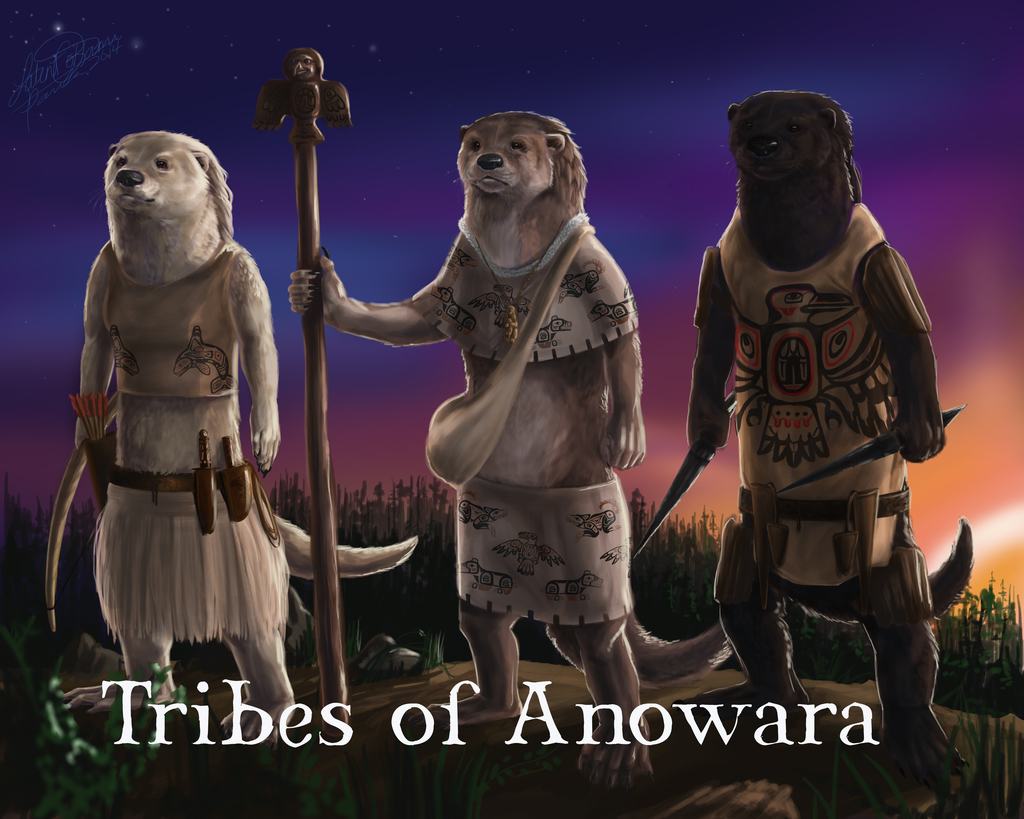