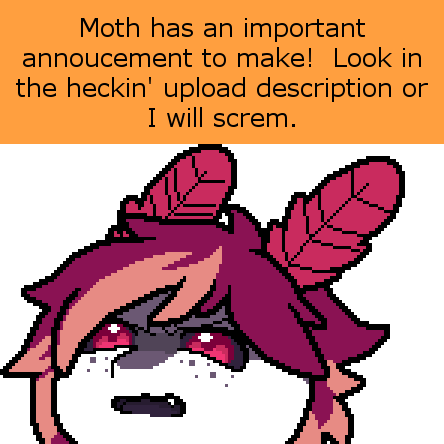 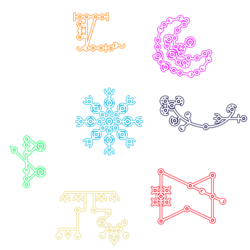 Since not too many people engage with journals compared to art, thought I'd put this up as a to-be-deleted-later full submission.
Kaeli © me
This silly thing cropped and edited from a gif commissioned from Ralina

So that last journal nearly a year ago was a fucking lie. Holidays happened, and then 2020's been a whirlwind of disasters around the world and has keeping me stupid busy at work and physically and mentally drained, I haven't had the time to focus on uploading stuff; especially given that I also help with the writing and e621 tagging for the Silver Soul comics created by Shiro-Neko in my free time. Currently, I'm focusing on finally cleaning up stuff on my computer in preparation to transfer to a new cutting-edge gaming PC in a few weeks or whenever it gets here. I've been getting/upgrading a lot on new PC stuff like a microphone, webcam, and getting on the Index waitlist. Why? Because I plan to start getting into streaming games! VR stuff, horror, adventure games, party games, FPS... I'd be a variety streamer, focusing mainly on single-player and low-multiplayer stuff (though I might also do some MMOs like SWTOR and STO on occasion). Am hoping to eventually grow it into something I can sustain as a job, so that I won't have to work my ass off for low pay. If there's one thing this pandemic's made me realize, it's how much of a raw deal retail work is; and that I want to get out of it sooner rather than later. And with a lot of jobs still majorly closed? Well, streaming's really the best option! I've got a ton of games, mods, fan projects, and other stuff ready to play through, including a bunch of nostalgic stuff, though I'll have to re-set up emulators on the new PC when it comes in.
I also need to learn my way around editing videos so that I can eventually make a good channel introduction video on Twitch and YouTube, and splice together stream VODs, highlight reels, and other stuff for the YouTube side of things. If anyone has some pointers and would like to help me learn that and how to do things well with OBS, it would be very much appreciated! ❤️
I haven't entirely decided on a streamer alias, but I do know that at least at first, I'll want my streams to be somewhat separate from the lewder aspects of what I do online, so keep the cheesecake and lewd talk majorly out of things in streams and in the eventual companion Discord server, alright? I'll give a link both to the Discord server and my Twitch channels once I have them set up, so keep an eye out! And if you want to talk editing and the like (or just chat in general), feel free to drop me a friend request on Discord, my tag there is Kaeli Cedarfallen#6438 Do keep in mind what I said earlier about being drained, so I likely won't be able to get back to everyone immediately! Might also want others to do party games with, or help voice characters while I get used to talking a lot more than usual and flexing my own VA chops, though that'll likely be something I'll slowly pick people out for from a regular audience over time. On the subject of voices, I'll also be trying to use a feminine voice as much as I can, as I am a transgenderedfurs and will soon be trying to get on HRT, so I'll want to get used to doing such voices as much as I can, though I'll likely slip back to my masculine voice if I'm scared or deadass tired. I don't mind being called by masculine or feminine pronouns, so do whatever tf you want, I ain't gonna bite your head off.
Though speaking of my identity, I'll be designing a new streamer sona, and will need to get a model of them made for use in VRChat, as well as Facerig Pro or a similar program, so links to affordable 3D modellers/riggers and people good at importing such would be very much appreciated as well!

But I know a lot of y'all are probably more interested in the art flood side of things, am I right? Now that I'm finally used to things and business is getting less busy, I actually have the time to start uploading things here again, yay~! After I'm done cleaning out my computer, I'll hopefully be starting to upload my 120+ commission backlog to here and other sites, so look forwards to seeing that! And they'll of course have the usual blurbs attached to them and try to reply to comments, so don't be afraid I'll be sacrificing quality for quantity! Will hopefully start over the weekend, but if not? Got a work vacation coming up starting on this coming Thursday, so I'll hopefully be able to get everything up and start chatting with y'all before it's done and/or my new rig gets here~