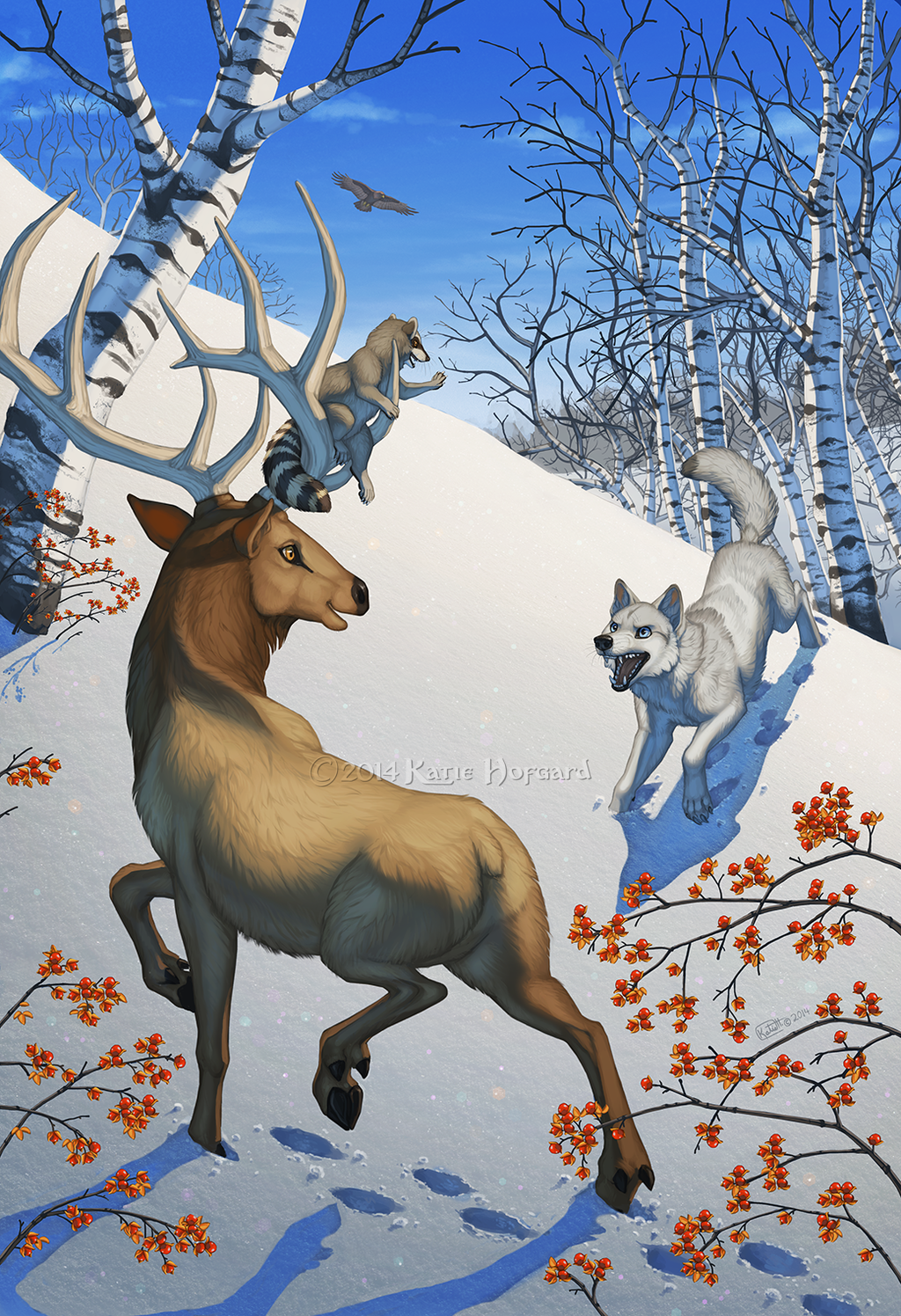 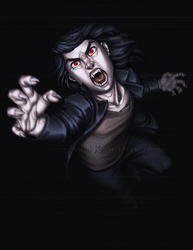 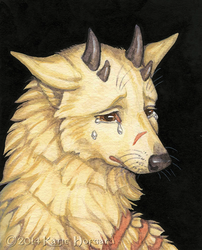 A full illustration for author C.J. Milbrandt, of three Changer brothers from her series "Byways". There's Ewan whose animal form is an elk, Zane turns into a wolf, and the finally Ganix in his raccoon form. Up in the sky we can see their dad in his eagle form, Ian, watching over his boys and making sure they don't get into much trouble (well, not too much at least). This piece was just an intense amount of fun to make! I relished in the little details of the bittersweet berries, the sparkle of the snow, every little detail was just a blast to paint. And just in time for winter too! While I painted this, Colorado had a nice big several day snow. So I sat in, drank tea, painted, and occasionally glanced out the window to see the snow fall. =)

24 hours in Photoshop CS6 with an Intuos 3 Tablet