Mal Blackwood and Soot by Eskiworks 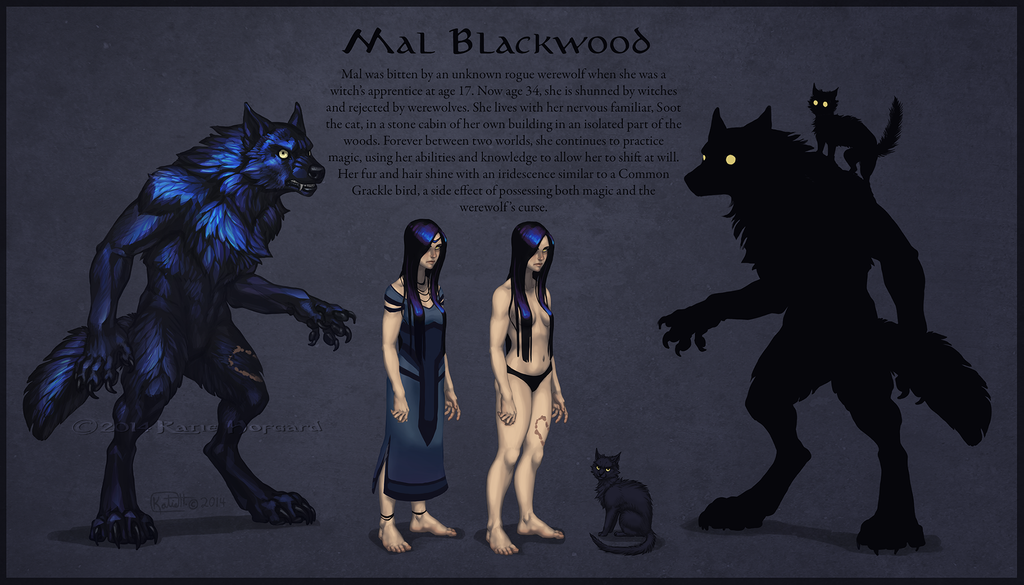 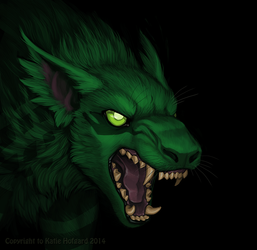 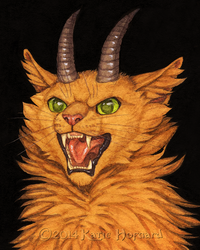 October is a good time to post this, so meet Mal and her feline familiar, Soot! I created her because I wanted to paint a werewolf with iridescent black fur, inspired by the Common Grackle bird, and she ended up with a bit of a back story. I sat on the finished art for a couple months until I came up with a name for her.

Mal is a bit of an outcast. In her world werewolves and witches don't mix, and she happens to be both. She completed enough of her witch's apprenticeship to be pretty handy with magic, and continued teaching herself after she was bitten and subsequently banished from her town. She's learned a number of pretty cool spells, including one that allows her to shift at will. She can also turn into a cloud of Grackles briefly! She pretty much wants to be left alone, holding a lot of resentment for the society which refused to help her when she needed it most, and cast her out to live or die in the woods alone.

Her familiar, Soot, is not happy with his witch being turned into a werewolf. He's been a bit jumpy since the event, at which he was present. He is very loyal, and followed her into exile. All the other familiars make fun of him for his witch's predicament, but he does keep moderate contact with the witch world through them. There are still a few willing to do a favor or two for him.