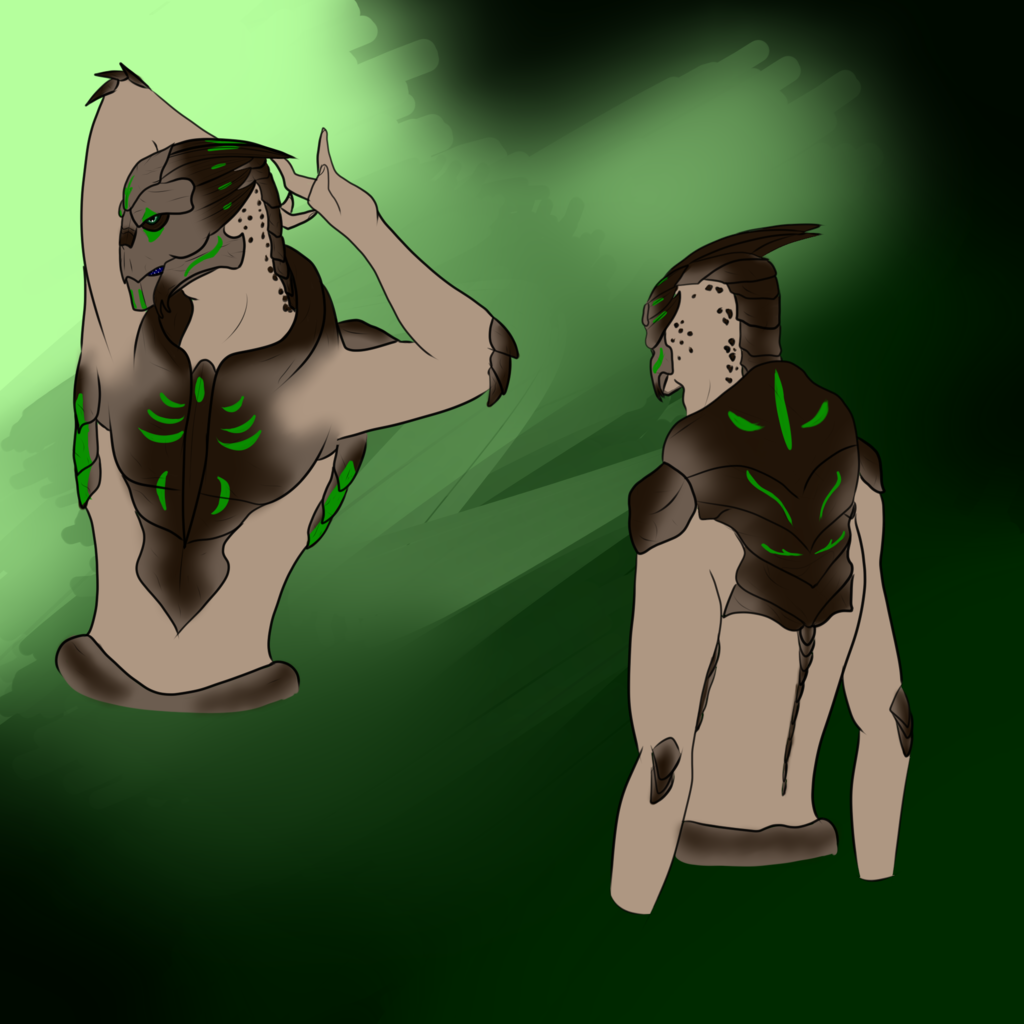 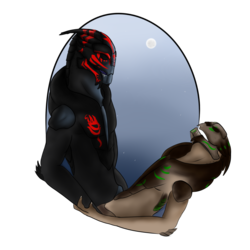 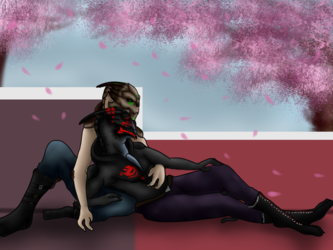 Mals Design is rather unique, or so I would like to think anyway. When I had originally created him I came up with a random idea for the tattoos on his face, nothing more. I kept to a more traditional tattoo style rather than the basic Turian styles though that was because I actually added colour onto him.

His colours are a more earthy tone, the browns and greens I used to show off particular areas I wanted to highlight.
The name Malivous was one I had stuck in my head after I had finished playing the whole entire Mass effect Series and for some reason it just suited the design when I managed to draw it. In a sense it is a very close representation towards the word malicious which is kind of the key to his personality as well.
Though the tattoos have more of an interesting story.

The green dots in his head crest where just used to highlight his face a little more, although the eyes, forehead and mandible tattoos is a little more then just highlights.

The eye tattoo was based to catch the viewers eyes but it also is a design to give off a more daring and darker look to the young turian male, almost in a grim reaper sense.

The one on his forehead was based around the whole third eye theory, pretty simple and the one on his mandible actually is just a fancy line similar to the shape of the mandible.

As for his chest, the tattoos there are pretty obvious as to what they are based off. The first thing is they are represented by the rib cage in a traditional style although the middle tattoo on the main crest part of his chest was intended to represent a heart. It’s a lot similar to the whole Mandalorian Iron Heart lore.

However the back plating is of course a little bit tricky. It was more based on the designs moths and other animals have to illuminate a face to trick its enemy, however I doubt a turian like Mal would need that.

There are also the tattoos on his lower groin area and the ones on the side platting under his arms, though they ended up just being a general design that I came up with. Most of the design ended up revolving around a skeleton and a grim reaper design.