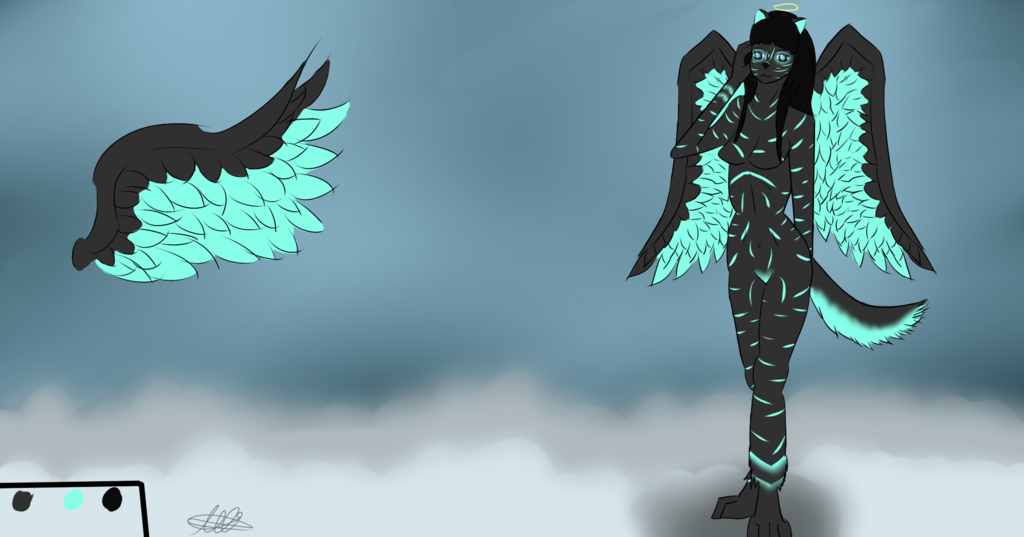 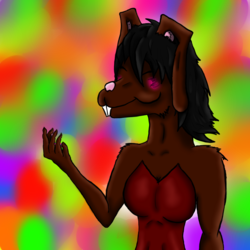 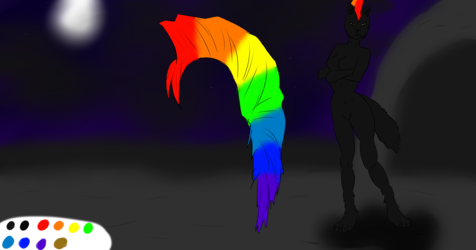 Personality: Gremory is a shy and very respectful female, as she tends to keep to herself but she also will interact with people if she knows they need help.

In a nutshell, Gremory is your typical angel, theres not a single bit of bad in her and she is generally a placid and calm fur. She avoids fighting and trys her best to maintain peace between not just herself but others and often trys to resolve conflict by talking it out rather then fighting.

Gremory has long hair which flows down to her torso, two pieces are often down her side although they only come down to her chest area.

Her main colours are a fine dark gray, a bright blue(sky blue) and an almost black dark gray for her hair.

The markings on her body are very similar to that of a Tiger.

Ever since Gremory was created, she knew not of her childhood, her early life as a teenage or even any memories of family or friends. From day one she remembers the white temples and gardens, the hums of other angels and the sound of peace and tranquillity. As her duty was to only help fellow angels out, she did so by talking, trying to keep the calm, but some she talked to were full of doubt, disturbed she eventually began to question her own life knowing she was different from those around her.

Over many years Gremory questioned her own creation, only to find that she was indeed a hybrid between a fur and an angelic being, and because of that Gremory had been raised but her memory had been cleaned so she could not remember the life she had upon earth. Gremory was also told that her reason from being taken from earth was being of her abilities, not just the obviouse wings and strange colours but also because Gremory had many more talents such as; immortality, self healthing, flight, telepathic and much more.

However after Gremory had found out the truth about herself, she asked the higher angels to send her back to earth, as she felt she did not belong with those above. After much debate on the topic, it was finally granted that Gremory return to earth and live her own life without order or disapline, although she was asked that in doing so she had to maintain peace with those around her.

After her decention to earth she meet two others furs, Mighella and her younger sister Kyrisa Zernza, who asked Gremory to come live with them in their new penthouse. Gremory has since taken that offer and is beginning to learn the lessons of life on earth.