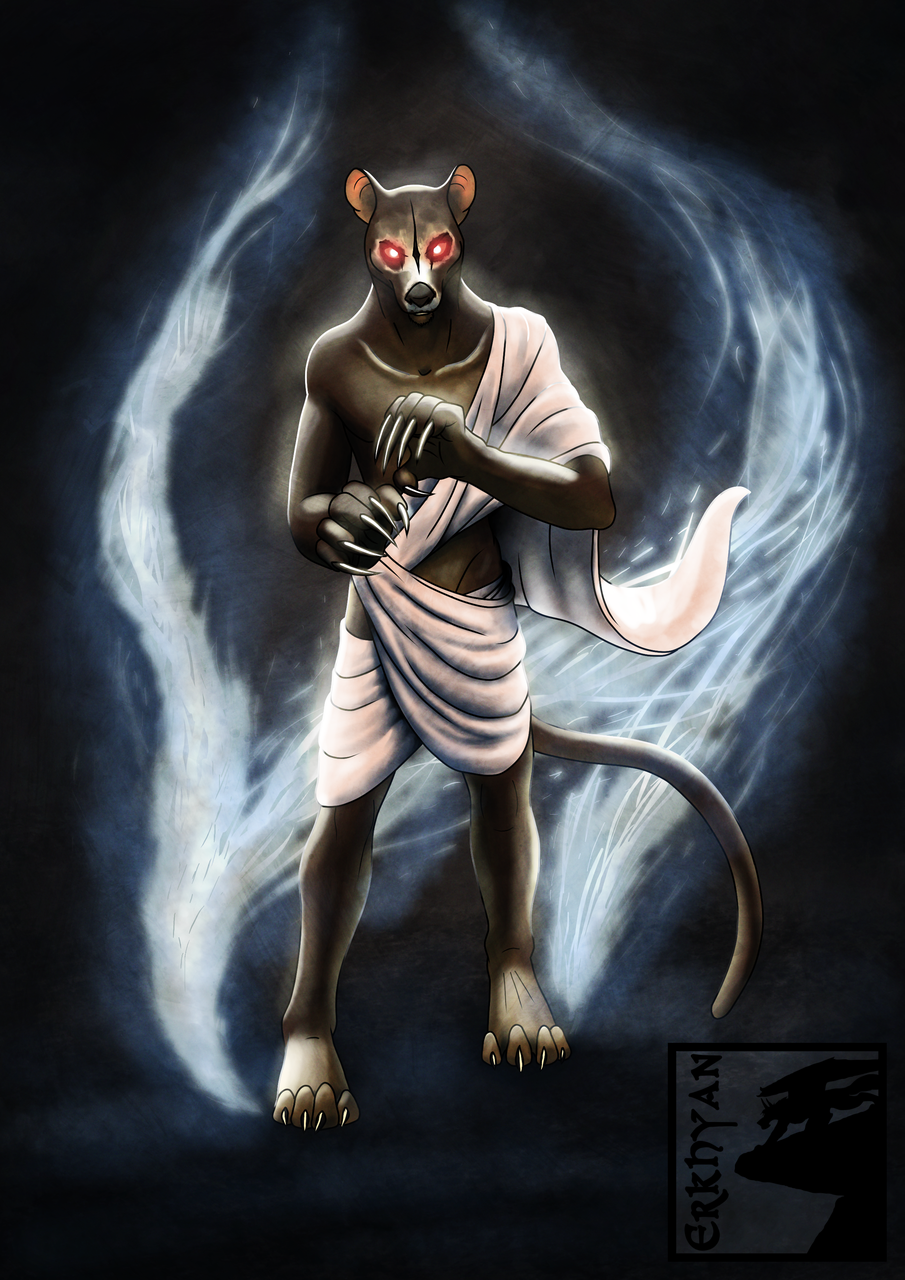 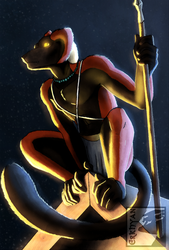 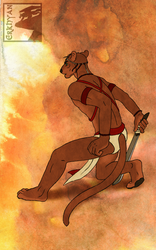 In Malagasy folklore, the kinoly is the reanimated remains of a dead person, inhabited by their angry ghost. They look like normal people at first glance, but their red eyes and their long, razor-sharp nails betray their actual nature. They’ll often act as thieves, eating the living’s food at night—they don’t have a functional digestive tract anymore, but the food they eat is made unusable by the living, which is all they want. And woe betide you, should they become aware of you: they will do their best to gut you with those nails of theirs. Thankfully, they are unable to exist beyond a certain distance from their sepulture, which might be your only salvation.

This was supposed to have been done in time for Halloween, but eeeeh, this is me we’re talking about.