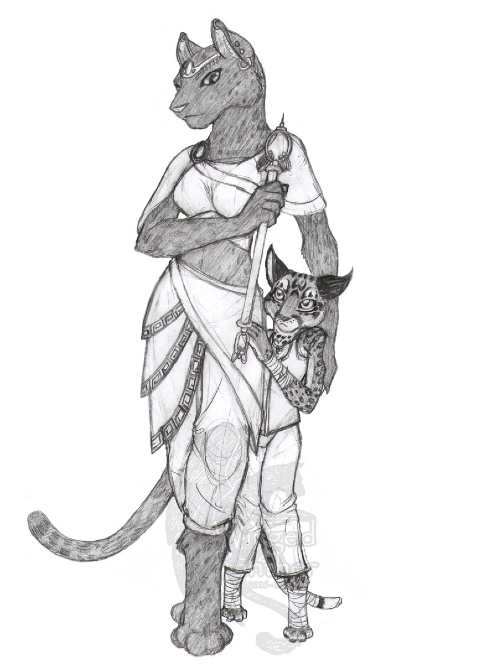 Perhaps it had been Fate, Mei mused, that the brutal attack that had so very nearly taken her own life... had planted the seeds of another.

The few who knew, had urged her to end it. It was an abomination, they said. Something that was not meant to be.

They said it would bring her shame, to birth a cursed half-breed into their rigidly-structured world.

They had been wrong.

To be sure, she had been divided on the issue herself, and had spent a great deal of time meditating upon it. And when her answer came, it had dawned upon her as the rising sun, warm and welcoming and overflowing with life, and her own mother's voice had rang so sweetly in her ears.

"Child," she had said, "Do not be fearful, or ashamed. Be proud, for your unfortunate son of circumstance will go on to affect countless lives, and he will be a great blessing upon your heart."

So Mei had disappeared to the heart of the deep forest, where other Horansi feared to tread. And she had borne her child there, and raised him to be fearless and sure, and strong in prophecy.

And when, at last, young Shen left to claim his rightful place among the stars... she was glad, for she had, indeed, been blessed...

Mashi Horansi are © to LucasArts

Mei and Shen are © to me