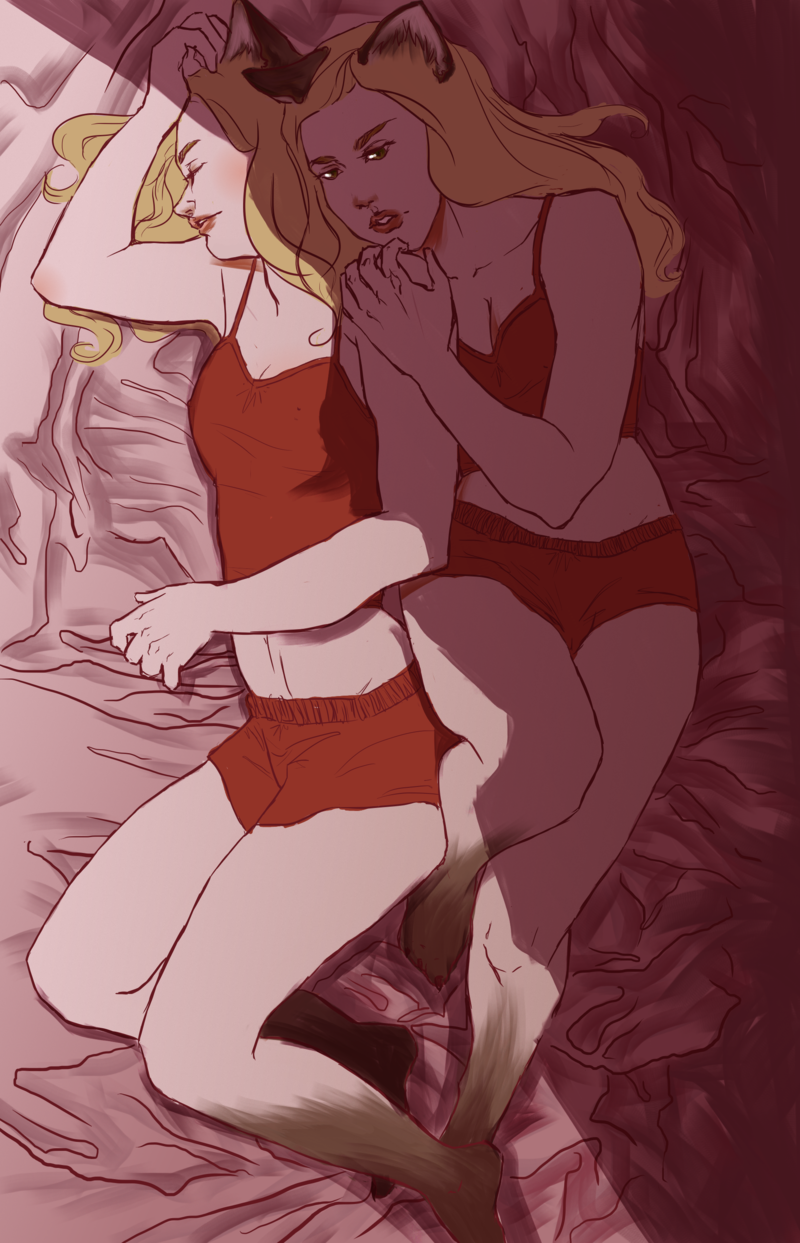 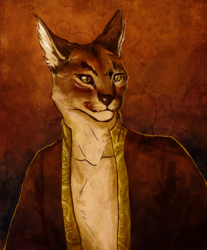 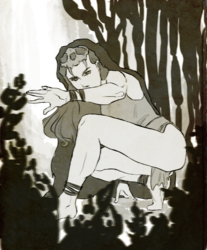 The twins Carmyne and Ava, daughters of the alchemist-scholar, Tobias. The twins are different from most, in that they've inherited a magical streak from both their parents, and can thus control their appearance: they can appear in the form of a Siamese cat, the anthropomorphic two-legged but with all the characteristics of their cat counterparts, or human save for certain attributes — such as their ears, feet, and tails.

I'm going to focus on illustrating the fantasy world that has slowly come into existence in the last few years — of which Ava and Carmyne are only a small part in a whole gallery of characters. It's a combination of modern and medieval fantasy, with a huge focus on magic and mythology, and slowly developing the clothing styles and magical beliefs has been very rewarding.