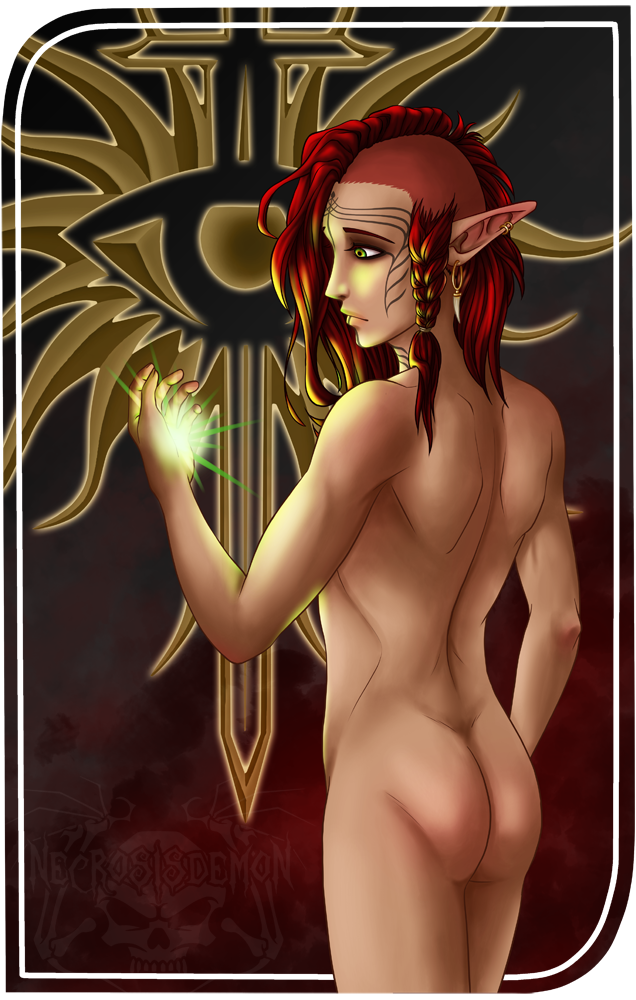 This started out as an excuse to doodle butt, ended up turning it into a (shitty) tarot card for my Inquisitor. The background gave me a headache bc I wanted it to be symbolic. First I thought "let's do a staff!" to represent his mage-ness. And then I thought "let's to tree silhouettes!" to point back towards his Dalish background. Ended up doing some kind of weird grungy blood splatter effect to REPRESENT ALL THE BLOOD SPILLED IN THE TEMPLAR MAGE WAR AND THE BLOOD THAT IS YET TO BE SPILLED, aaaaand the Inquisition/Seeker logo because Inquisitor aaaand yeah. Lets just assume that him being naked is also symbolic mkay?

Taerel Lavellan © meeeeeee, my precious, my bby, ilu so much~
DAI © the peeps at Bioware