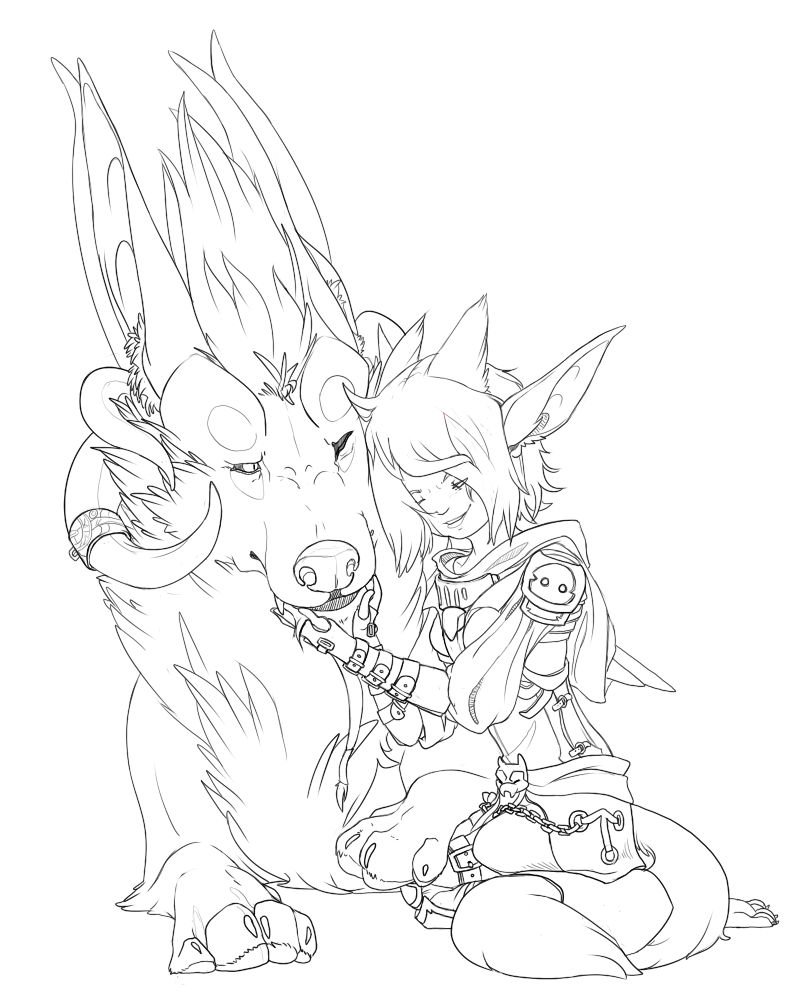 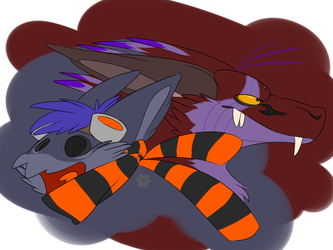 A Girl and Her Helhund - Lineart

Uh-oh, Fenris and Vee plotting something.~

Tried to make Vee look less like any other female humanoid I draw by giving her a more realistic/round face(I'm getting there I think...). Ugh I need to get back into drawing humans/humanoids. D:

Being a helhund, he is on the same intelligence level as any human and can communicate through a type of telepathy, only like that of a voice, everyone within "earshot" will hear it vs being able to pick and choose who he wants to hear. Fenris's elemental representation is ice/shadow, thus he is found wondering around the "deceased" kami, Malciar's, lands which is home to his Ieyhiye demons and remaining Draguul army.

Vee was a quick learner in the art of war, and mastered all of her training in record breaking time then elevating herself to the status of "Watcher"(A type of border patrol). Naturally, she is hated by the majority of her fellow demons, and is one of the few Malciar trusts and favors. Eventually she finds her talent wasted amongst her brethren and begins attempting to secretly break her link to Malciar and strike out on her own.

She befriends Fenris along the way who has agreed to help her in exchange for a unknown favor to be carried out upon her freedom. Using his telepathy he can keep her hidden from the kami's all-knowing consciousness long enough to sneak around outside his borders searching for a means to make it more permanent while eluding the Warden at the same time.

Their friendship becomes similar to father/daughter.

Anywho! Some stuff is subject to change if need be, as this story still needs a ton more to go.