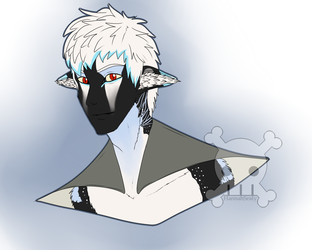 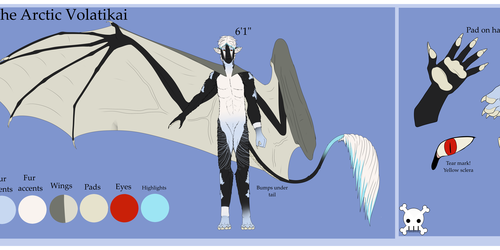 early life (1-13)
He's abandoned at an early age by his mother, Senka, because he's small and she's not fond of males and wasn't planning on really having Zackary. She abandons him near the humans, though, because she knows they will find him and care for him. He's picked up by Zero, who attempts to raise him as his own, but Zackary is just too wild, so he gives him to Crickett.
teenage years (13-18)
Lives with Crickett in the wild, mostly.
ADULT LIFE (18+)
Still lives in the wild.
personality
Zachary is a true Mountain Volatikai at heart. He's rough, he's mean, and he doesn't care about much. He prefers the wild over living with humans. He's pretty cold and distant, and lives day by day, hunting and living off the land.
He hates clothes and most anything to do with humans. If he gets sick, he will take human medicine, but only if a doctor comes to him, and with strong convincing from Zero and Crickett. And YES, he can talk!