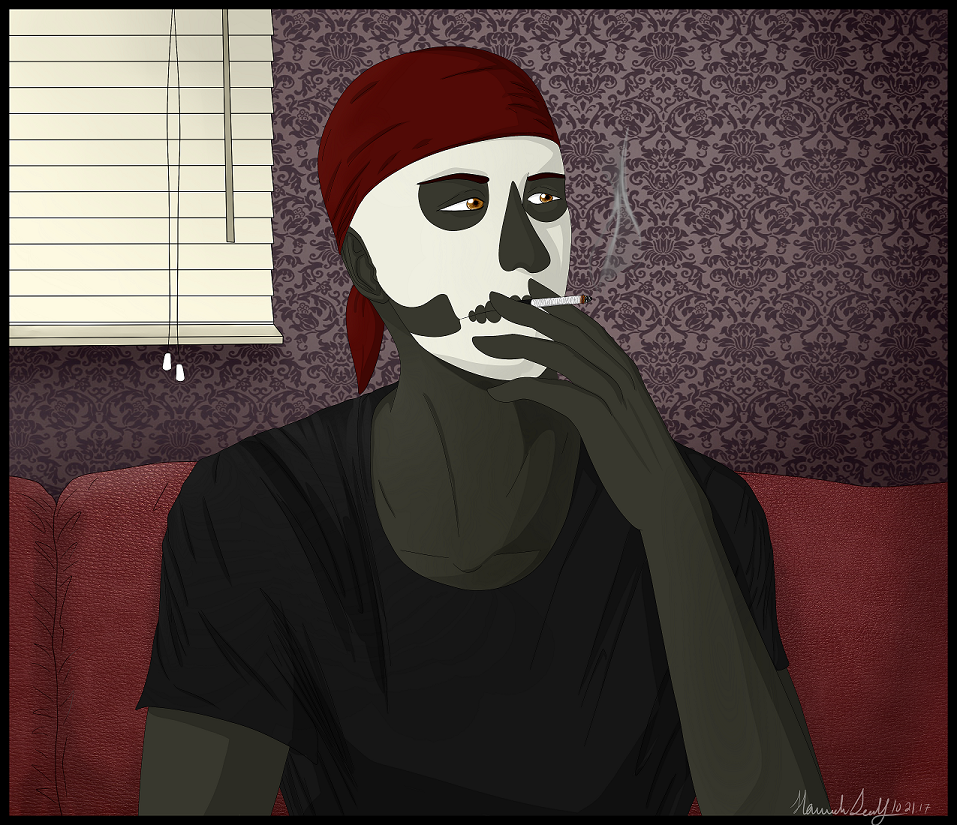 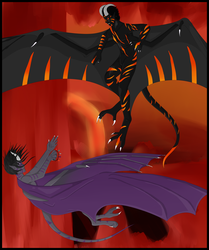 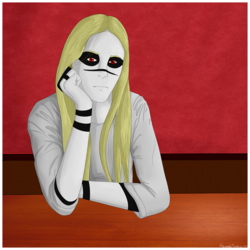 Wow, I finally drew one of my Commoners. Still isn't my top, Oliver, but have Lawrence. Lawrence doesn't smoke much these days, but he did before he became a Commoner, and at the beginning of his Commoner days. He had to calm his nerves somehow (though you wouldn't know he was nervous. He's a pretty laid back guy.)

I must work on face shapes, but I'm still proud of this piece. I'm very happy to have drawn one of my Commoners again. I need to draw them more, since they're my top priority as a race and world.

This is also a vent piece. I'm okay, really, but I've had to be a rock for a lot of people, and in this picture, Lawrence is pretty torn on the inside as a Commoner. He's probably sitting on the couch of the chick who made him a Commoner and his ex-girlfriend, Ata, so he's just...off the charts right now. Even if he doesn't seem it. He's such a badass.

Still very proud of this, even with the mistakes.