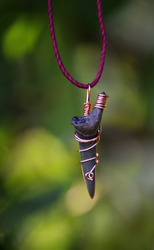 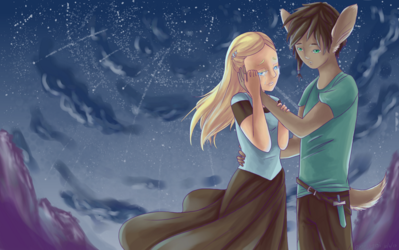 Yey! Centaur girl from day 2 makes a cameo again!! 8D I wasn't able to make a sketch yesterday because I was super busy so I've been working on two today. Hopefully I can finish the other one before the day is through. XD;

Merman guy was the one who asked her to the dance, I guess. They're secretly dating because he's embarrassed. She doesn't care either way. XD It's been a while since I've drawn male muscles so hopefully he doesn't look too strange. I think they're cute~