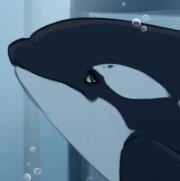 In the Ocean. Tillikum was Happy in the Orca Pod.
he Can Swim miles in the Northwest Coast but Suddenly the Orca Hunters Hunt Tilikum and Capture the Orca.
Tilikum was inside the Net and Dragged to the Transporting Truck.
he was Shipped and Trucked and Transporting to Seaworld.
Many Hours Later.
Tilikum was in the Tiny Concrete Box.
Tillikum Cannot be Break Free.
Tillikum the Orca swims in Endless Circles.
a Day Later Tilikum Swims to Shamu Show and saw Crowd Laughing.
Tilikum Performs Mindless Tricks keeps Jumping and Swimming.
The Seaworld Trainer gives the Dead Fish Tilikum was Swimmed to the Concrete Tank.
At Night Tilikum had a Nightmare.
A Sinister Orca Hunters, Crowd and a Seaworld Trainers in a Nightmarish Shamu Show.
Tilikum is Scared and Falls Down to the Dream. What a Horrible Dream Spoked Tilikum the Killer Whale in a Clicking Voice.
Many Days, Weeks, Months and Years Later.
The Seaworld Petitioners comes the Entrance of the Seaworld.
Tilikum was Still inside the Tiny Concrete Tank.
But a Day Later.
Tilikum was a Dream to Reunite his Family and then a Nightmare an Orca Hunters captured Tilikum and Forced to Go Seaworld, They Swim in Endless Circles and Forced to Do Mindless Tricks
and they Eat Dead Fish and Tilikum Keeps Transferring and Transferring and Transferring until they Moved to a Seaworld San Diego.
Tilikum was Sad and Boring with a Dorsal Fin Collapse.
But Tilikum sees a Constellations in the Sky revealing Pod of Orcas in the Dream.
Tilikum Flies Away to Reunite Orca Pods. Tilikum was Excited to Swim 100 Miles Per Hour. Tilikum's Dream Disappeared.
Tilikum was Now a Captive Orca.
He Cannot Break free From Seaworld San Diego to a Northwest Coast Ocean.
Tilikum the Orca's Head moving Right and Left until
Tilikum Swims Left in the Concrete Tank at Dine with Shamu in the Seaworld San Diego. 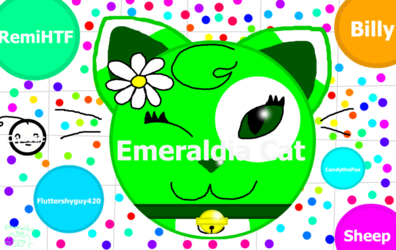 Life in a Concrete Tank - An Orca Captivity Story

Based off of this Picture https://www.weasyl.com/submission/698491/concrete-box.

I went to Seaworld, 3 Years From Now. I had Inspired and Writed a Story and Published.

The Story Plot: When Tilikum Reunites the Family and Captures Tilikum and Drags to the Seaworld and Tilikum Forces to do Mindless Tricks and He Had a Nightmare. the Seaworld Petitioners Comes the Entrance of Seaworld. they Moved to Seaworld San Diego. Tilikum had a Dorsal Fin Collapsed. Tilikum has a Dream with Orcas and Tilikum Swims away.

My Orca Captivity Story is Life in a Concrete Tank (AKA The Fate of Tilikum).