Wolf of the Bloated Stars by Ember_Kamura 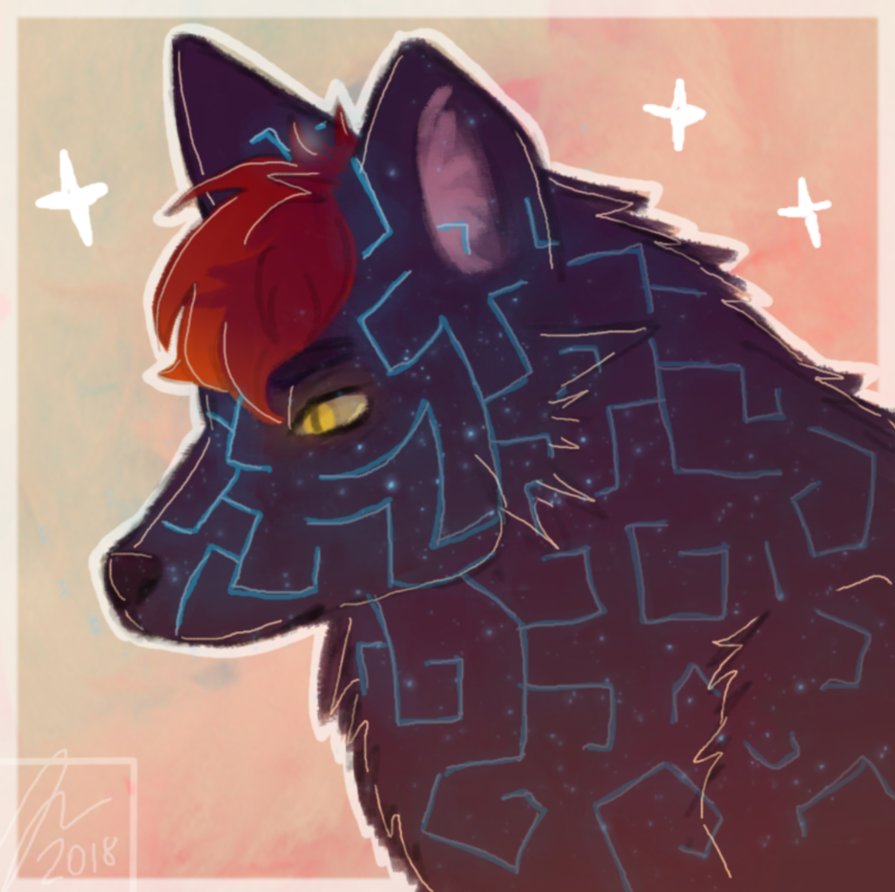 Today was like any other, as Ember, the burly, and somewhat young dark-furred wolf awoke to a cold, grimy and dirty grated floor with shackles from which he could not pull away. This torment had lasted for about a week now, and his other unseen companions were surely not here. Ember was best described as a somewhat shy and curious individual, he was somewhat notorious for snooping around into things that he found intresting. That proved to his downfall, for nobody knew him or simply didn't care enough to look for him. However, he still cared and knew that it wasn't their fault... or so he wished to believe.

This all started out when his commercial freighter was captured by the pirate vessel that he was now imprisoned on, though strangely, there was no mention to many kind of ransom. There was merely the desire to stuff and humiliate their captive. That was becoming harder to think about by the day however, within him, a strong, ravenous impulse was growing. It the desire to devour more and more, until there was nothing left, until there was not an ounce of anything left to shove into his gaping maw. For Ember, that impulse was growing deep within his mind, its growth caused by long, relentless stuffing sessions that were done by his captors. Their attempts to nullify his mind and make him into a mindless eating machine were easy to realize, but difficult to resist.
Escape was difficult, it not impossible. In addition to the already strong chains around his paws, his obese form also caused many problems with any sort of escape. His belly was a saggy, beach-ball sized orb, but occasional hunger pangs still shot through his stomach. It was truly a ball of food, flab, and occasional gas that was expelled in large, humiliating toots. All of it being like a taunting reminder of the big fat wrecking ball he had been forced to become, one that was growing by the day, and giving him a constant feeling of defeat.

Though, he had little time to think of his fate this morning, for his perverted captors were awake earlier than he was. The wolf was somewhat shake when whirring noises could suddenly be heard from above, even though he knew what it was, the seemingly random activations were enough to unnerve him. Each anthro aboard this vessel was fed by a machine that came from hidden tubes in the cieling in a complex network, it was best described as a robotic fire hose, with muzzle straps on the end for locking to the muzzle. Feedings were usually random, and were sometimes done by hand rather than machine, though those were quite rare.

Ember could do little other than elicit a very short whine, the frequent feeding made him hesitant to even open his snout for fear of it being stuffed with food. It almost hurt, it felt like he was internally ablaze with rage, only to be replaced with almost overwhelming sadness upon realizing that he was unable to take it out on anything.

The wolfs train of thoughts were interrupted by more loud, mechanical whirring noises. In an instant, a large, mechanical hose came from above and swiftly attached to his snout, ramming it's way into his maw with a surprisingly gentle level of force.

The feeding began almost immediately , a thick, sweet, creamy substance flowed through the tube and into Embers maw at a somewhat slow pace. Though he had been here long enough to know that the pace would soon increase. His maw was filled quite quickly, the strange muzzle on the end forced him to swallow the cream, merely to join the rest of the food in his overworked gut.

He could only sit there, sit and gulp down the thick load of food paste that would he used to ruin his body. The Wolvan had already passed the point of return, though little did he knew that this was not all that was in store for him... 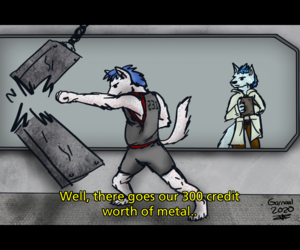 Wolf of the Bloated Stars

A short one-off that I've decided to make for Kamura. I hope you guys enjoy it. If this has any intrest I will consider making it into a story or series, let me know if you guys would like that! It is essentially my wolf being bulked up after being in contact with what may be a bad crowd, maybe they'll use him as a canonball? I may even run polls! You guys can decide the story!

Feel free to favorite and comment! Any Critque helps!