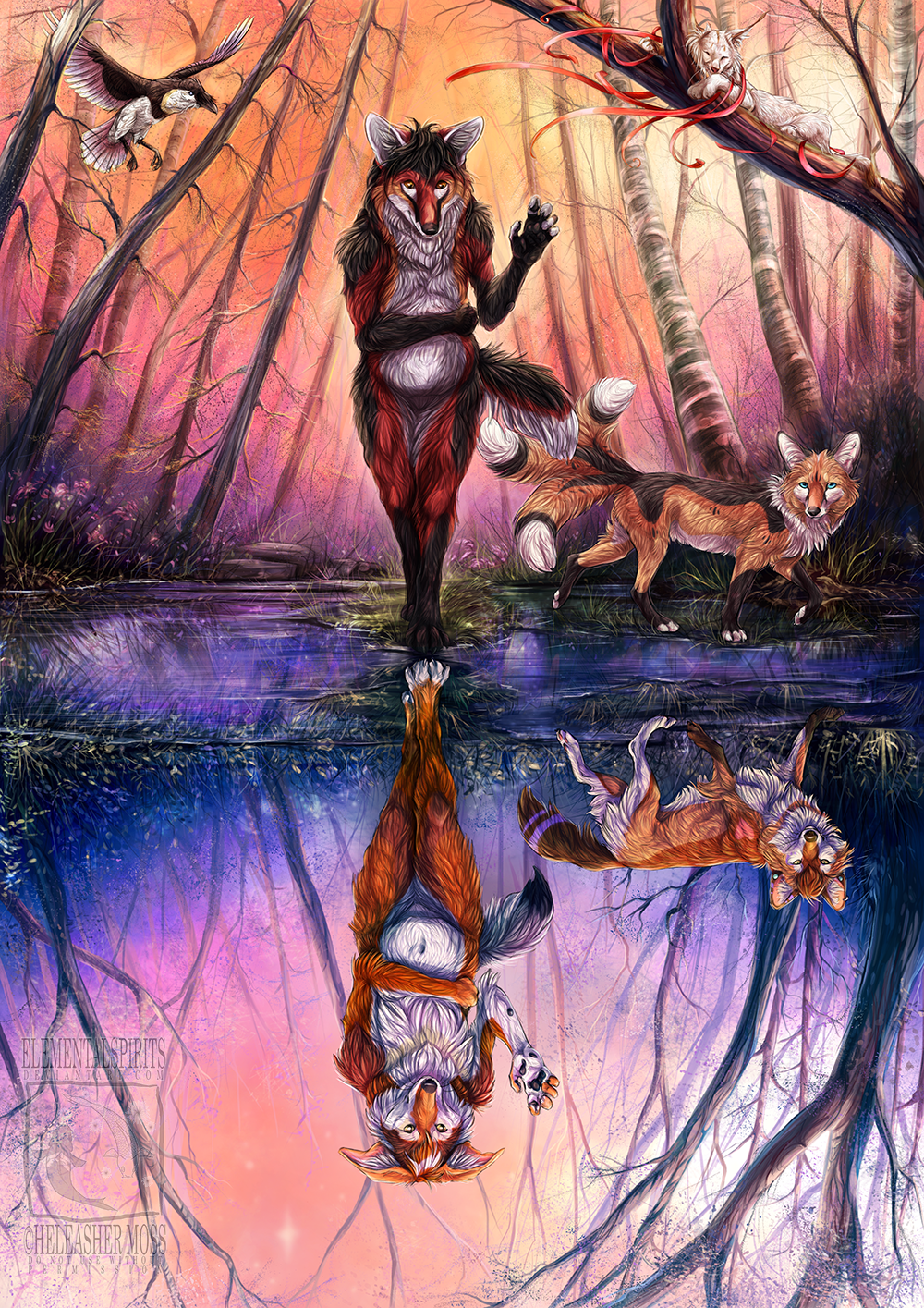 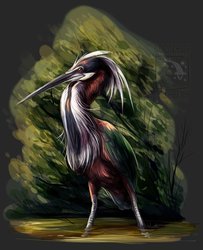 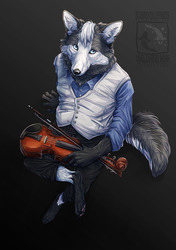 I'm very happy to finally reveal this! After so many delays, computer dyings and a hand injury I was beginning to wonder if I would ever finish it, but I'm very happy with the results. Thanks for being an ever patient commissioner TamaskaKitsu!

This image represents his two characters, Kitsu and Kross, both the same yet different, reflecting each other and the people who helped bring them to life. (ItsProbablyMars behind Kross and Xeshaire and myself behind Kitsu) I'm very honoured to be included with these people!

I actually managed to record the majority of this, minus a few crashes, so hopefully I'll release a speed paint of this soon (as soon as I can pursued my PC to combine 42 hours of recordings that is!)