Onyx and Agate by Elektro 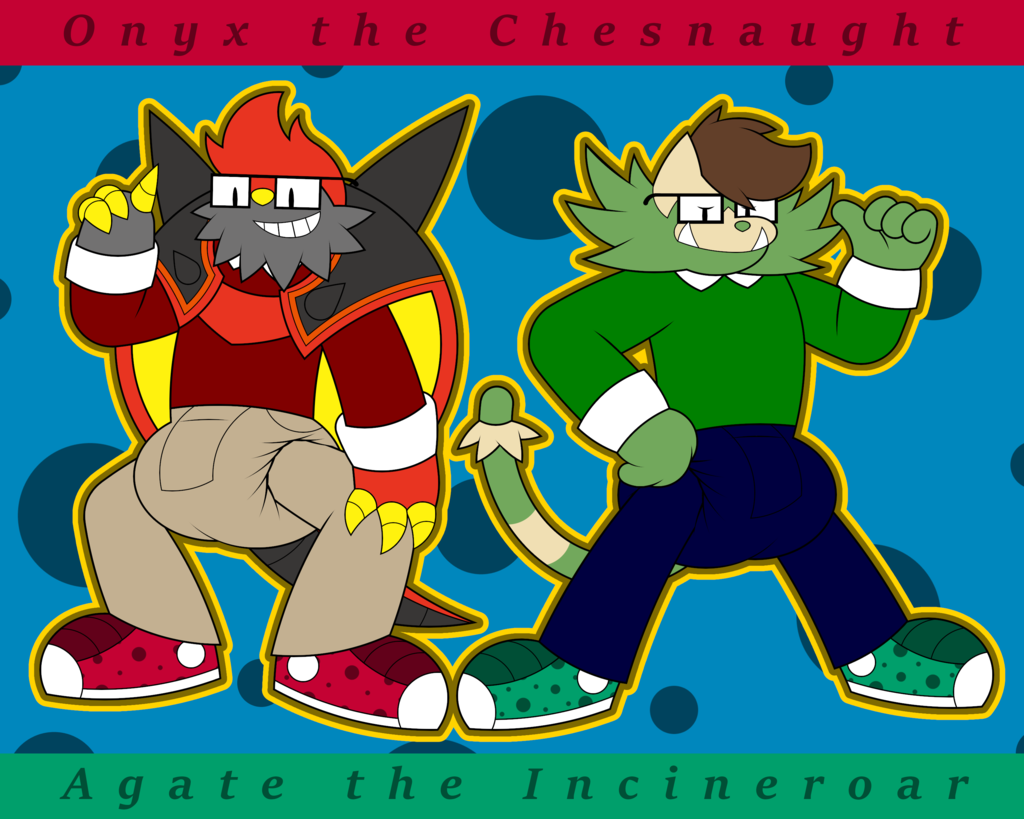 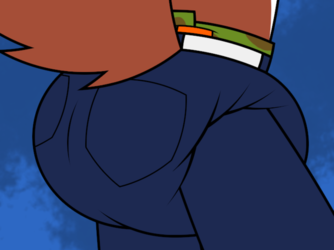 GEMS: Onyx and Agate
AGE (by December 31, 2018): 20
REASON FOR WEARING A DIAPER: Both Onyx and Agate think that trips to the restroom are a waste of time. Anywhere they go, they'd usually wear their diapers under their trousers. However, they sometimes wear their briefs under their diapers for "extra layering".
OTHER CLOTHES: Sweater, collar shirt, dress pants, and sneakers.
OTHER THINGS NOTICEABLE: Onyx has Incineroar's color palette while Agate has Chesnaught's color palette.
PERSONALITY: Onyx and Agate are university students who strive to become scientists in the future. Although both of them are very intelligent Grade A students who have earned an honors diploma after graduating high school, Agate is a perfect Straight-A+ student while Onyx is a flawed A- student. Despite being slightly less smart than Agate, Onyx still has a very high IQ and still gets all A's on his work. Onyx symbolizes optimism and ideals while Agate symbolizes pessimism and truth. Onyx and Agate are roommates and best friends and they have been best friends since preschool, but because they love each other so much, not only are they extremely glad they share the same dormitory, but they could be more than just best friends. Onyx and Agate are also highly skilled at playing video games and board games, so they must be true gamers after all.