Green Topaz (A.K.A. Grayson) by Elektro 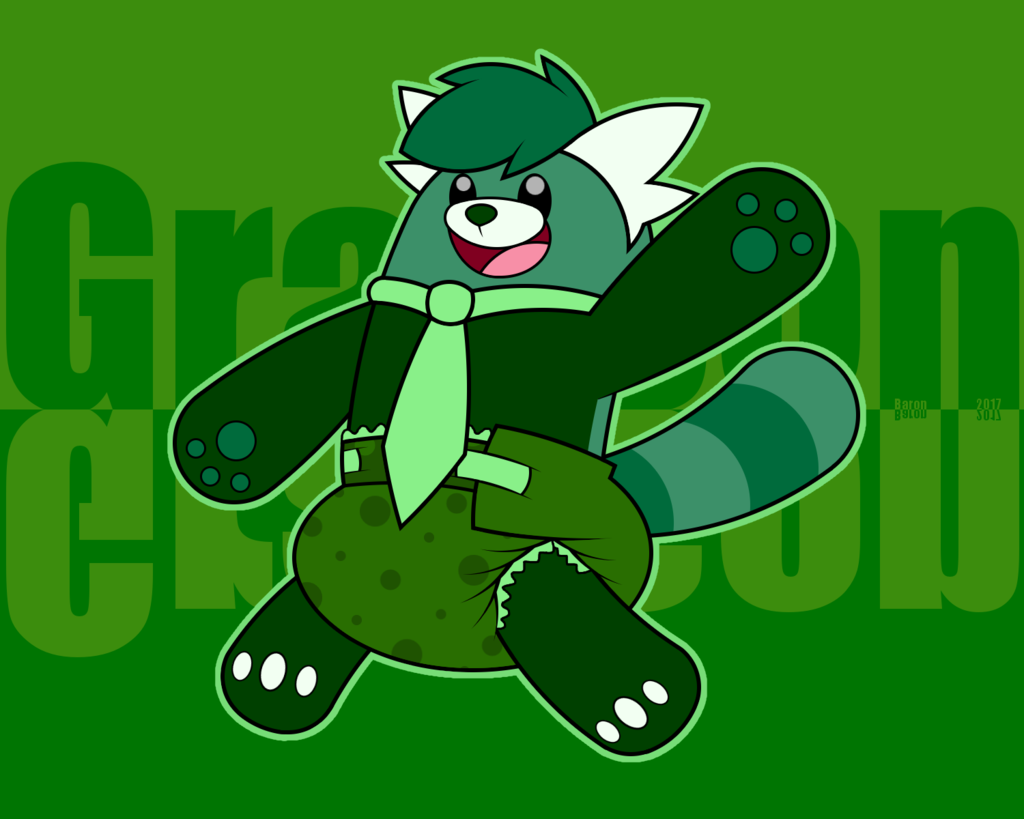 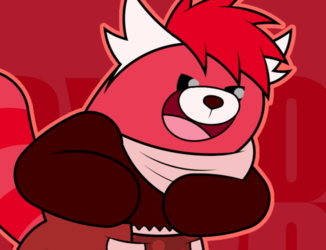 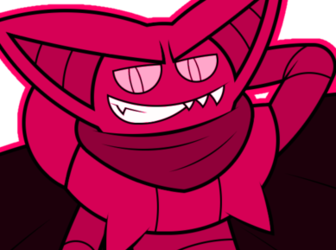 GEM: Green Topaz
REAL NAME: Grayson
AGE: 24
REASON FOR WEARING A DIAPER: He has a somewhat weak bladder and he does not want to waste time with frequent trips to the urinal. Thankfully, the problem is solved thanks to his wearable, hands-free urinal.
OTHER CLOTHES: Necktie
OTHER THINGS NOTICEABLE: He's a green Bewear.
PERSONALITY: Grayson is the middle brother of the Topaz Triplets and he is the neutral embodiment and the straight man of the three. Well balanced with different personality traits from both of his brothers, there are times when he gets wild, rowdy, and vibrant like his red brother and there are times when he gets mild, calm, and cynical like his blue brother. Despite the balance, he is often very shy and timid.