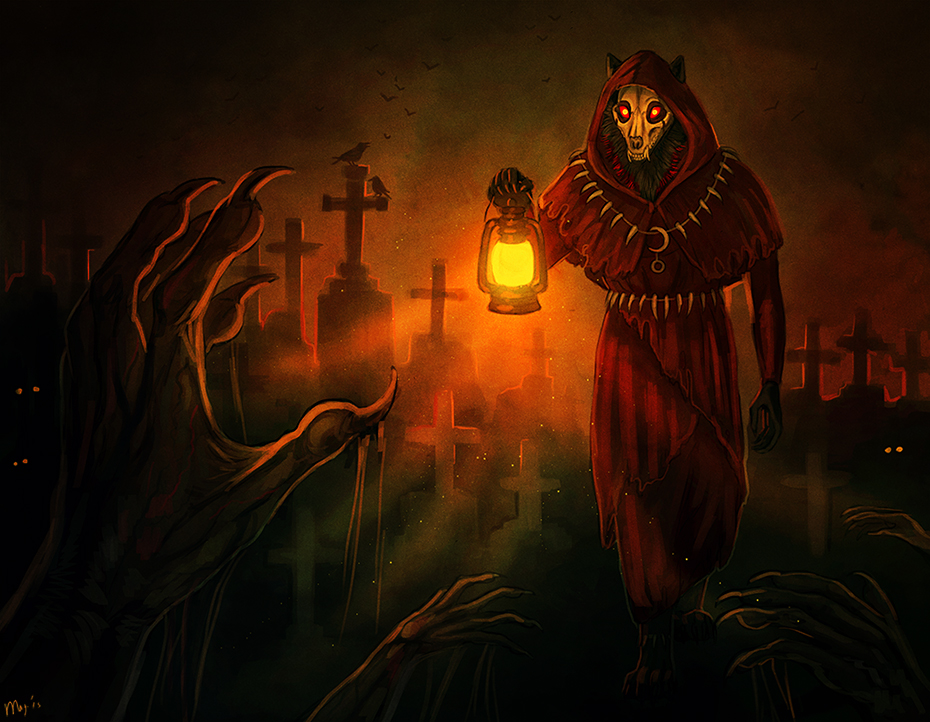 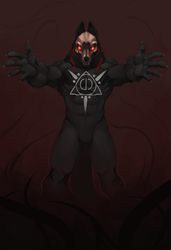 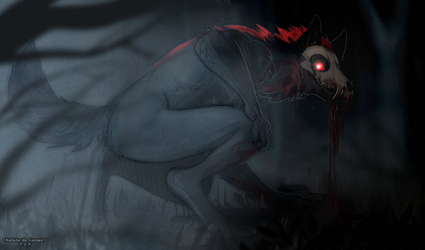 Dressed in red robes, Eldanoth walked through the graveyard, holding only a lantern to light the way, though he did not needed it. The lantern was used as a focus, channeling his dark magic through it. Small lines of light moved to touch each gravestone he passed with his unholy magic.

It was until he was making his way back that the ground started to shake at the stones. Soft mumbles and whispers rose from the ground before earth shifted and rotten arms reached out. Behind him, rotten bodies climbed out there former resting places, eyes glowing yellow as the light from the lantern, following him as soon they could walk, shamble or crawl.

Eldanoth belongs to me©
this amazing artwork was made by https://www.weasyl.com/~maquenda