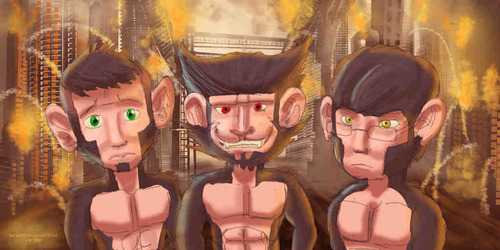 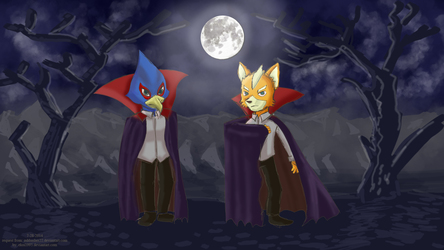 This postmodern city is powered by an ancient magical mineral which been suspected for centuries. The mineral they call "Urai's Crystal" emits green light and radiant energy. This energy can be converted to electrical energy to produce electricity. Neither humans or apes or even monkeys live here but humanoid hybrids such as Humanzees and Mankeys do. Since it's a big city, it's lowly populated.

These Humanzees and Mankeys are native. Orginally, their ancestors are just biological experiments in human laboratories. Since humans are trying to be creative to make warriors of non-human races, they thought many forms and genetic hybreeding is one of it along with autorobotic infantries and weather control. The hybrid experiments are tested for intelligence and strength but some are rejected due to genetic synthetic failure so some are slain or released to the wild. The free hybrids migrated until they arrived at a nearby jungle. Unknown to the humans, the so called Urai's Crystal is hidden in that jungle. Then these hybrids are exposed to the radiant energy that the crystal emits. For the following days, the hybrids gradually became smarter, half smarter than humans then. And they were able to make their own deity and there ideated a godess named Urai. No one really knows if Urai exists but for the sake of science, gods are superstitious.

Over time, the hybrids turn smarter and smarter until their intelligence turned same as humans do. Then they can build an urban city for themselves and this ATOPIA was born. The jungle is rich in resources and the city can stand with it without any trade.

Since a city can be visible, the human city has already recognized this humanoid city...