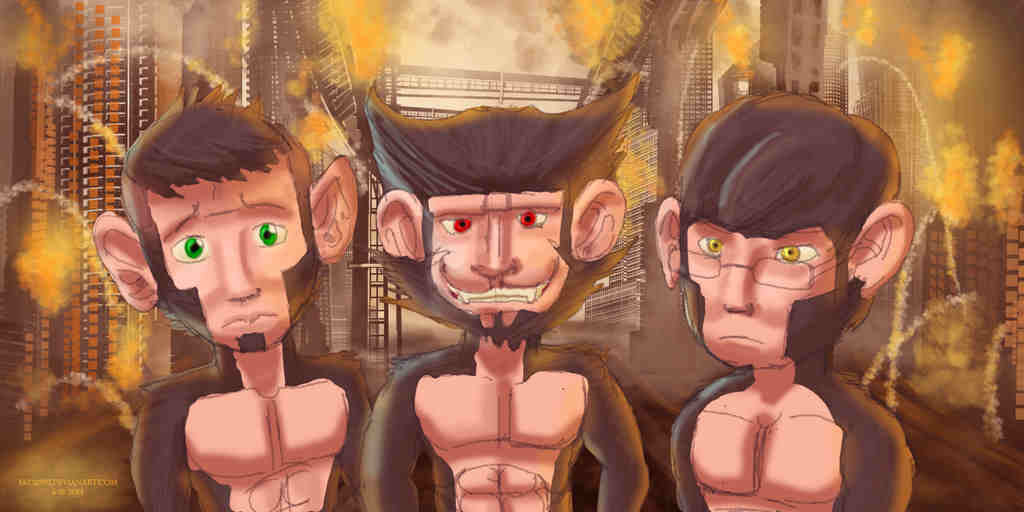 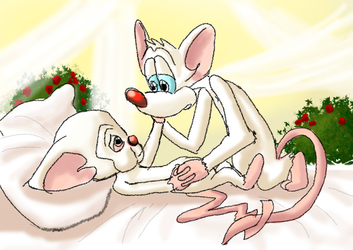 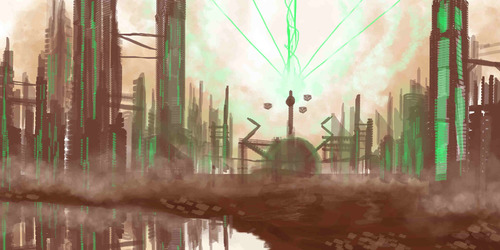 Yeah it's been a long time since I drew monkeys in epic scenery! :XD: The internet's down for about a week and it's still slow even this very moment. I've finally thought a new friend for Ekoi and how he looks and I call him Mnexus for a moment.

Mnexus is very shy and fearful. He's also submissive and emotional. Ekoi and Jacie considers him a learned idiot for he knows every subject, topic, or even all words in a book flawlessly. He can read every page just flipping them rapidly and he's often seen reading a book of 500 pages in a couple of seconds. He's poor in analysis for he's having trouble applying his knowledge in circumstances. In a case of rubik's cube, when Jacie scrambles the cube from it's solved form and Mnexus able to see the sides turn, Mnexus can solve it just by reversing the moves that Jacie had performed. But if Jacie scrambled the cube hidden so that Mnexus won't able to see, Mnexus can't solve it because he needs to see in order to memorize it and in order to reverse the moves to solve it. I guess i'll make a short comic strip if I know how to :XD:

Hmm...Yup Ekoi's the insane one but not that stupid. In fact he's a bit genius and acts like a simpleton. He has a broad knowledge of physics and mathematics and technology is his thing too. He can hack databases and wireless internet accesses with his whatchamacallits he invented. He's artistic too but he sometimes hallucinate psychedelics in his mind. Jacie often requests him to build them transport vehicles for them to travel whether underwater, air or underground in certain quests. Yeah I bet he's a musician too for he uses anything as a musical instrument such as grinders, blowing steam whistles and vrooming engines in a ridiculously composed music. I'll consider him having perfect pitch hearing which he can tell what note or notes he hears. Any sound! Yeah he's unpredictable...unstable and sometimes misunderstand Jacie's ramblings. He's also a good combatant and brutal gunner.

Jacie is brightest in the three. He's mostly a deadpan but he's good with his two pals. He's hotheaded and have a subtle sense of humor but he's polite and proper. He's a genius and a perfectionist. He plans to fix current circumstances.
Guys, I'm still thinking what are their goals in life and I can't think of anything...and the setting is in a post-apocalyptic city.
Jacie manages the group their tasks and budgets their assets (not necessarily finance but technology, weapons, etc)
He's just intelligent. and yeah .... he can predict future events (such as charging attacking mobs, nearing missiles and bullets, laser beams etc.) through his calculations and can time it precisely. Just like Mnexus, Jacie also have a mental clock which counts to the latest thousandth millisecond. He can also discover shortcuts to solutions which are verifiable. Logic and predicting is his thing....more things to think...